As an undergraduate, Theresa Tuthill '84, '87 MS, '91 PhD, exemplified the opportunities for engineering students at the University of Rochester to excel both as scholars and athletes.

Tuthill’s exploits as a varsity lacrosse and field hockey player earned her a place in the Rochester Athletic Hall of Fame. She helped the field hockey team win its first New York State championship as well as the ECAC Mid-Atlantic Tournament title.

As a graduate student, Tuthill began to fulfill the potential suggested by her Healy prize.

Her doctoral work with Kevin J. Parker “significantly advanced our understanding of ultrasonic properties of the liver,” said Diane Dalecki, professor and chair of biomedical engineering, when Tuthill gave the distinguished alumna lecture at the inaugural Rochester Center for Biomedical Ultrasound Symposium in 2018. “Her work developed and implemented numerous ultrasound tissue characterization techniques and ways to apply these techniques for liver analyses.”

To this day Tuthill has vivid memories of going to a Rochester meat packing company, donning a hat and white coat, and carrying a bucket into the slaughter room to collect fresh livers for her experiments. “That’s how I became a vegetarian,” she says. “Ah yes, the things you learn in graduate school!”

After receiving her PhD, Tuthill was hired as assistant professor of electrical engineering at the University of Dayton, where she was the first full time woman faculty member in the engineering college. She taught courses in signal and image processing, supervised research projects in medical imaging, and also coached the women's club lacrosse team.

She then moved to the University of Michigan where her research resulted in important advances in several key areas of ultrasound imaging, including Doppler techniques for quantifying perfusion, ultrasound characterization of tendon, and ultrasound imaging with contrast agents.

In 2002, Tuthill transitioned to industry. She joined VirtualScopics Inc. as a senior imaging scientist, providing medical expertise for clinical teams and clinical research. Since 2008 she has worked for Pfizer Inc., one of the world’s largest pharmaceutical companies. She is

a Senior Director in its Imaging group, overseeing a group focused on imaging methodologies, biomarkers, and early clinical development.

“I really enjoy what I’m doing, because of the diversity of the projects, and because I’m constantly learning more about genetics, biology, and chemistry,” Tuthill says.

She advises biomedical ultrasound students interested in industry careers to:

For example, pharmaceuticals is “a constantly changing field,” she says. “I never expected I would be working so much with geneticists.” 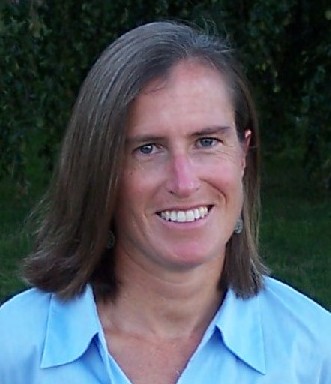