Xerox fellow wants to 'make the world a better place' 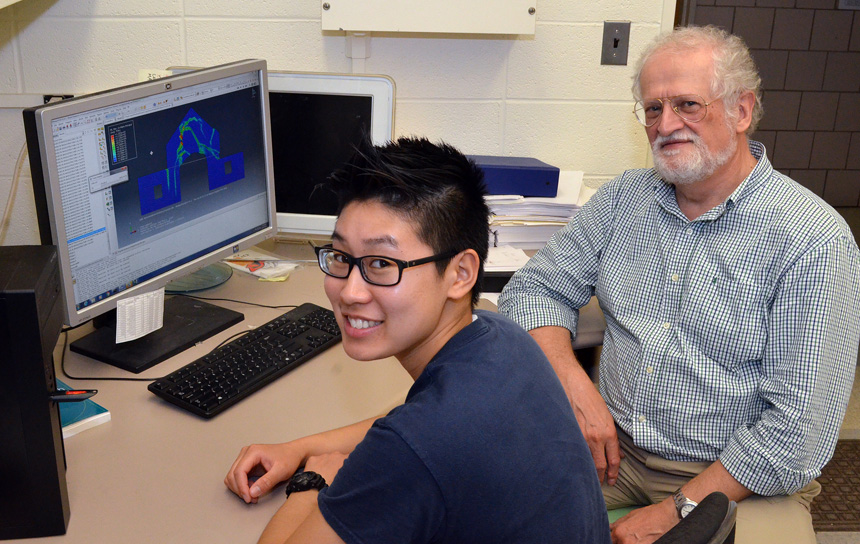 The Sistine Chapel of Andahuaylillas, built in the 16th century atop an Inca ceremonial site near Cuzco, Peru, is considered a masterpiece of early Andean colonial architecture.

“It embodies features that pertain to both native architecture, Spanish-introduced architectural forms and, through the Spaniards, Islamic roofing systems,” explains Renato Perucchio, professor of mechanical engineering and director of the Archeology, Technology, and Historical Structures program. “So it is immensely interesting.”

It is also endangered.

Already weakened by previous seismic activity, the church, which is still actively used, is unlikely to withstand future earthquakes.

“The church represents a lot of cultural heritage for Peru. So, in whatever restorations we try to simulate, we want to make sure it is something that wouldn’t be visible and is something that could actually be applied,” said Yip.

Her use of nonlinear finite analysis – a computerized method for predicting how material reacts to real-world forces -- “is way beyond what is usually introduced at the undergraduate level,” said Perucchio. It enables engineers to simulate the lateral deformations and motions that occur during an earthquake. This can lead to preventive measures that would otherwise not be obvious, Perucchio said.

“The beauty for Catherine and me is that we are literally exploring things that are counterintuitive. We are constantly debating whether the results make sense. We are constantly challenged as engineers to validate what this advanced code gives us with simple back-of-the-envelope calculations.”

Perucchio, who has mentored eight Xerox fellows, chooses students who have previously served as teaching assistants for his undergraduate course. “I know they have what it takes to do research with me and I’m counting on them to continue their research the following academic year, which means by the end we will have produced something of significance.” That has included papers for conferences and journals.”

Yip applied for the Xerox fellows program as a “great opportunity to do something over the summer,” and to add hands-on research to the multiple interests she hopes to explore while at the University.