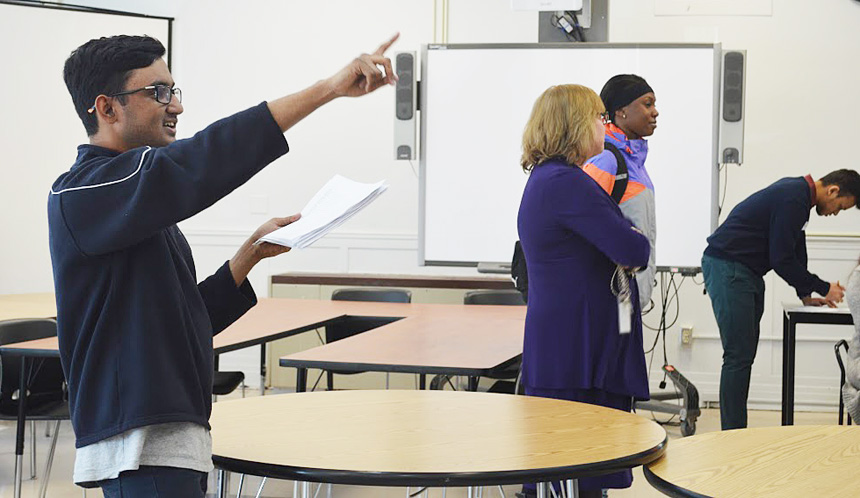 Syed Reefat Aziz’s heart was not in it when, at his mother’s prompting he attended a meeting of his high school debate team in Dhaka, Bangladesh.

“I got up and gave a talk on Lady MacBeth, and stopped after about a minute,” the biomedical engineering major and KEY (Kauffmann Entrepreneurial Year) student recalls. “Then other people got up to talk on the same subject, and I thought, ‘Hmmm . . . I could have done better.’” 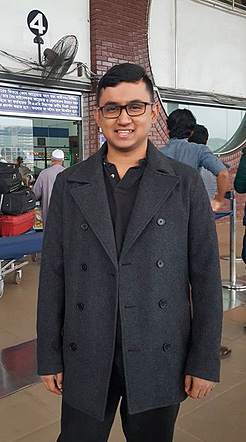 Aziz ’17 has certainly done that.

In January, along with two other members of the University of Rochester Debate Union, Aziz participated in the World Universities Debating Championships (WUDC) in the Netherlands. Aziz did not debate, however; based on his experience as a debater, he served as a student judge. After the initial nine rounds, he was selected to help judge the elimination rounds as well.

“It was very, very exciting being recognized as one of the breaking (advancing to the next round) judges at WUDC, the largest debate competition in the world,” Aziz says. “This was a great honor for me, especially since it was my first time judging at WUDC.”

He might not have had the opportunity to do so had he chosen another university.

“Back in Bangladesh, the only schools in the United States we hear about tend to be MIT, Harvard, Johns Hopkins,” Aziz says. However, a U.S. Embassy-sponsored information program he attended included admissions officers representing a wide range of U.S. colleges, including the University of Rochester.

“What I liked about Rochester was its open curriculum,” Aziz says. “I am a biomedical engineering major, but also a legal studies minor, and as a competitive debater, I get to travel to international experiences. That would not be allowed or possible at other universities, or at least not as equally encouraged.”

Aziz believes all those experiences will serve him well when he graduates in May. His biomedical engineering studies have given him a background in cell and tissue engineering; his legal studies and debating have honed his ability to communicate his ideas clearly and persuasively. Ultimately, he would like to be a patent attorney.

In the meantime, debate is central to his KEY project.

Making debate accessible to others

Aziz is helping to start a debate program at East High, where the University is serving as an Educational Partnership Organization. Aziz meets weekly with the high school students to discuss the pros and cons of a wide range of debate topics, helping the students learn how to craft logically consistent and cohesive arguments and responses. Each semester since last spring he also has organized an intramural debate competition on campus where East High students partner with University debaters.

“As part of the KEY project I have also been working with East High teachers on judge training and building a curriculum together, so that when I graduate this May, the East High teachers can go forward with the program even in my absence,” Aziz says. “Debate is often seen as a suburban extracurricular activity owing to the segregation of high schools in America. My objective here is to change that narrative and level the playing field for students regardless of which high school they come from.”

Lynn Girven, a teacher in East’s social studies department, says Aziz has been “instrumental in introducing the students to this format of discussion. For many students, they believe debate is arguing with one another, and through the protocol of World Schools Debate, the students have been able to analyze information and present it to the team, while refuting the other side’s point of view.”

The second part of his KEY project involves working with Shagufe Hossain, founder of Leaping Boundaries, an organization in Dhaka, Bangladesh, that works with madrassas (Islamic schools) to promote empowerment.

“Debate teaches a number of vital skills such as critical thinking, active listening, respectful disagreement as well as persuasive presentation and public speaking,” Aziz says. “All these skills can be cultivated as madrassa girls learn how to debate and participate in inter-high school debate competitions in Bangladesh. However, what’s missing for the passionate and intelligent madrassa debaters is the coaching support and resources that UR Debate Union privileges us with.”

Aziz’s objective is to create online workshops that help the madrassa students learn how to debate and also an online platform for the students to communicate and receive feedback as they practice debating.

Breaking out of ‘echo chambers’

Though initially reluctant to debate, Aziz is now a passionate believer in its power to bring people together.

“We all grow up in echo chambers, in which we have our family, our background, and our type of community, which confine us to a certain set of ideas,” Aziz explains. “Debate helps us challenge those ideas and think critically, which either makes us better advocates of our ideas, or really changes us.”

A debater, for example, could personally be against legalizing prostitution -- but in a debate competition may be assigned to support it, Aziz explains. “One of two things will happen: I realize how terrible an idea it is, and it will make me a better advocate of my own view, or maybe I will realize I was wrong.”

“At the very least it makes you understand where other people are coming from, and that’s a lot more valuable than believing that anyone on the other side of an issue is just wrong and or trying to demonize the topic,” Aziz says. “And that is an incredibly relevant skill, particularly in a world of such divergent political ideas. You need to be able to reach compromises.” 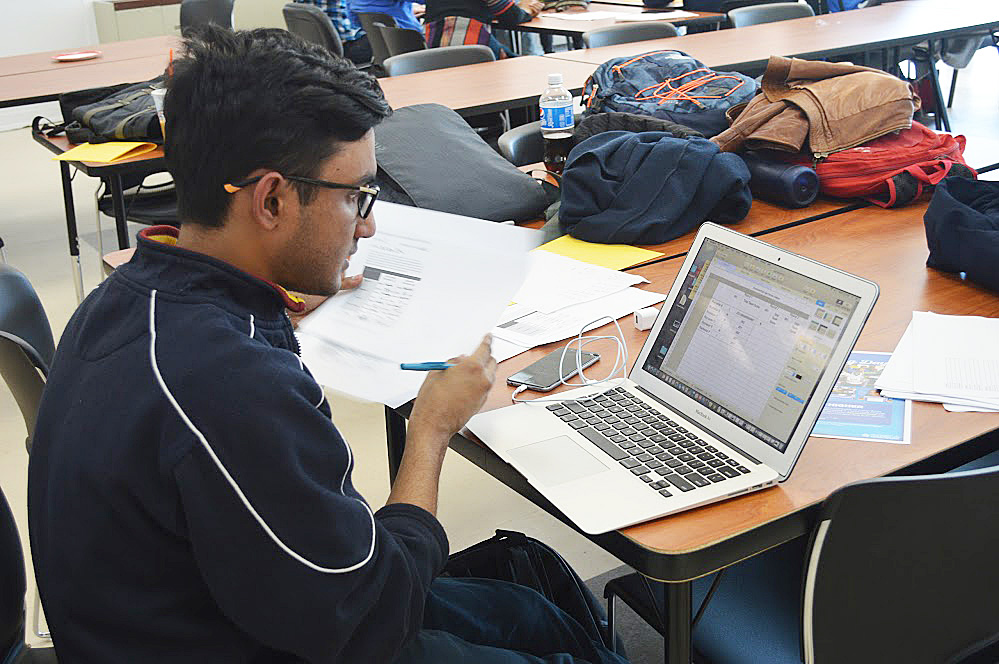 Aziz at an intramural competition at East High School, which included East High scholars, teachers and student volunteers, and coaches from the UR Debate Union. 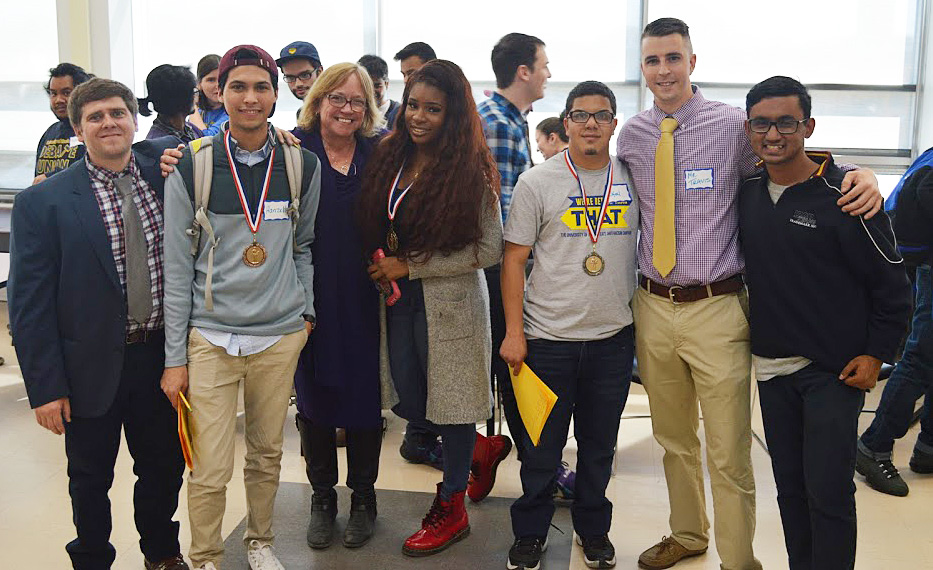