The Art of Science Competition

Nature has always astounded those who study it scientifically, with the complex yet elegantly simple beauty of its designs. The image that one sees -- whether looking through a microscope into a single cell or peering through a telescope at a vast galaxy --  is sometimes as aesthetically pleasing as a Monet or a Rembrandt. The goal of the Art of Science Competition is to explore and illuminate the aesthetic beauty that results when science, art, and technology intersect.

Congratulations to the winners of our 2017 competition 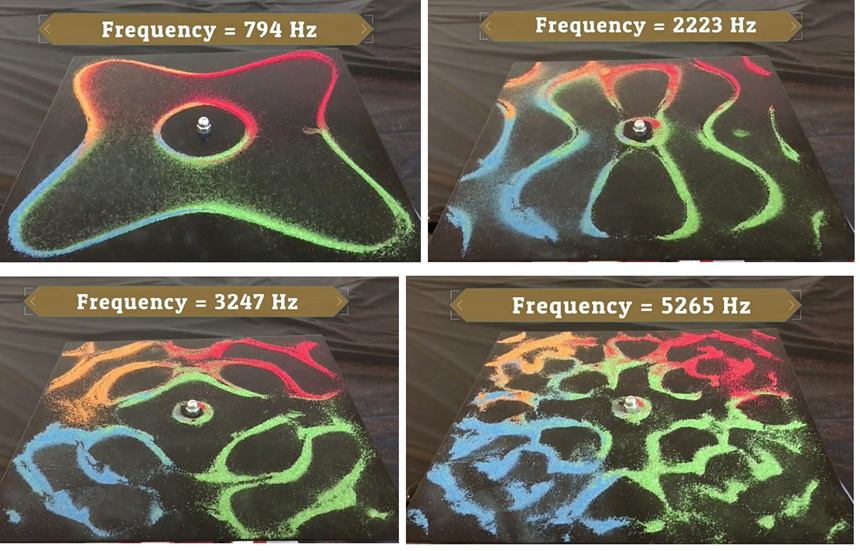 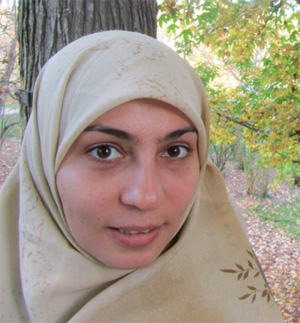 The Monar Jonban (Shaking Minarets) in Isfahan is designed in such a way that, if one minaret is shaken, the other will shake in unison. “It is built based on the resonance phenomenon,” says Ayatollahi, whose video not only illustrates the phenomenon in an artistic way, but explains the science behind it.

In the video, Ayatollahi, a PhD student in the lab of Wendi Heinzelman, professor of electrical and computer engineering, sprinkles sand of four colors on a metal plate, creates a vibration in the plate, then sends a sinusoidal wave (with a smooth repetitive oscillation) to the plate as well.

As the incoming waves are reflected, then collide with other incoming waves, a “standing wave” forms, creating areas on the plate that remain fixed while areas between them continue to vibrate. This is the result of resonance. The sand gathers at the fixed points. And as Ayatollahi increases the frequency -- 13 times -- the patterns formed by the sand become increasingly complex.

“I hope this will motivate people, especially those who are not very familiar with different scientific fields, to learn more about physics and science in general,” says Ayatollahi. She welcomed the opportunity to “figure out this relationship” between science and art.

Her goal is to become a university professor.

“I like to teach other people what I have learned,” she says,  “and learn from them what I don’t know.” 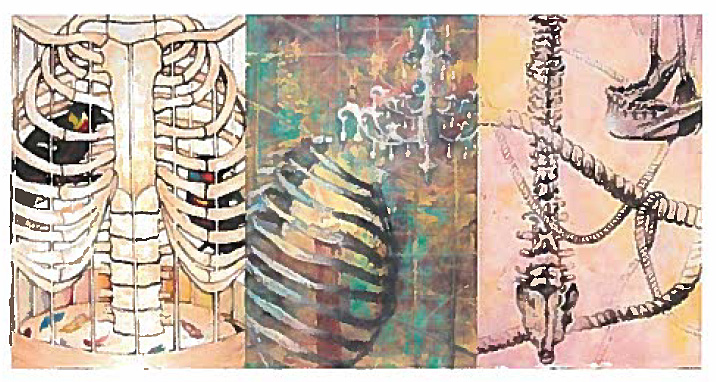 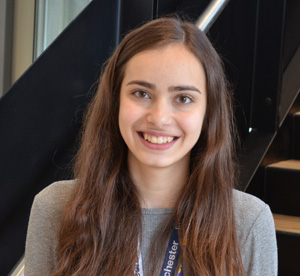 Many people would recoil at the sight of a chest opened up during heart bypass surgery.

Not Dalia Mitchell. “A lot of people see anatomy as gory, even disgusting. That is something I really want to combat,” says the freshman, who has had many opportunities to observe operations at Children’s Medical Center in Dallas, where her father is a surgeon. “To me, anatomy is one of the most beautiful things – there are so many really cool structures. I want to make anatomy seem interesting to people, rather than something to shy away from.”

Mitchell conveys that in a series of three drawings she submitted to the Art of Science competition, which draw parallels between anatomical forms and more every-day objects.

In one, for example, she draws a parallel between the ribcage, which encases our vital organs, and a birdcage encasing live birds.

“I was thinking how the ribcage encloses the life inside of you, and by putting a bird --  a very visible symbol of life -- inside of it, it helps signify that,”  Mitchell says.  But it’s also great if “people look at it and come up with their own message,” she adds.

Mitchell, who became interested in drawing after taking a class in high school, is pursuing a minor in studio art. But her main focus is on preparing for a career in developmental pediatrics.

“That’s what I like about this University, that I am able to do both,” she says. 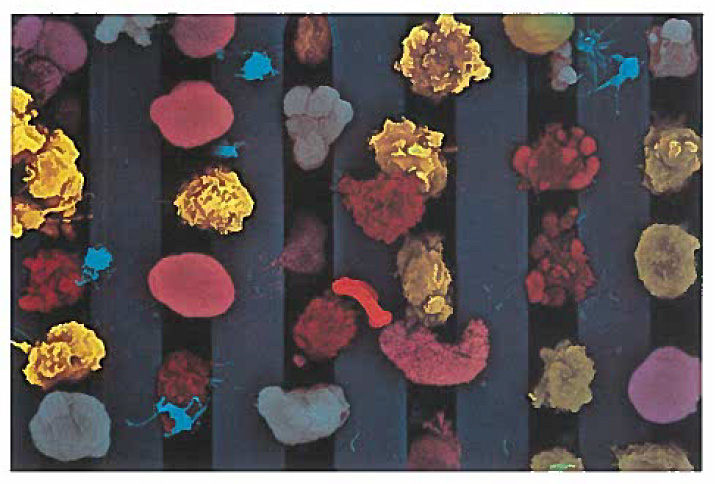 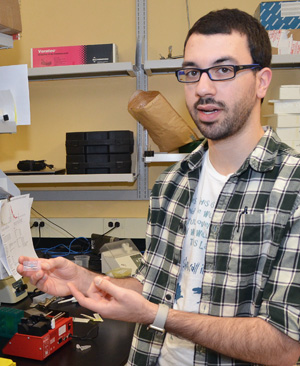 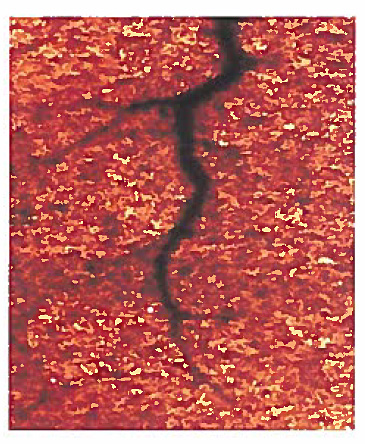 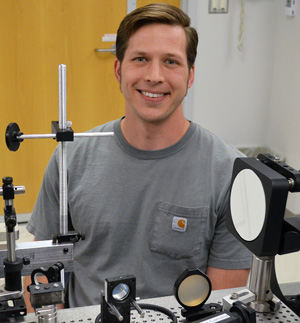 The ability of that technology to show individual cells in the retina, which is not possible with traditional ophthalmoscopes, is dramatically illustrated in Granger’s image. It shows the natural fluorescence of retinal pigment epithelial cells, which form a layer only one cell deep, on the backside of the eye’s light-sensitive retina. The darker, tree-like pattern is formed by overlying retinal blood vessels.

“These epithelial cells help maintain the health and function of the overlying rod and cone photoreceptors,” Granger explains. Imaging these cells in individuals with healthy eyesight “provides a comparison for cell data acquired from eyes with disease, such as age-related macular degeneration.”

The image, representing an area 0.8 X 1.5 mm, was created by stitching together more than 20 smaller images and filtering and colorizing them in Photoshop.

“In our group we frequently look at images of this type from a scientific standpoint, and when this competition was announced, several members of the group thought it might be good to dive into the artistic world for a change,” Granger says.

“Frequently during analysis I found myself thinking ‘that looks neat,’ but never took the time to follow the artistic path. This competition was an interesting challenge to change pace and look at the data from a different perspective.”