Tracey Moyston ’22 wants to be a role model

Tracey Moyston ‘22 knew she wanted to pursue a career in STEM.

But selling her mom on the idea took some time.

“I’m kind of the odd one out in my family,” says the University of Rochester biomedical engineering major from St. Lucia, an island nation in the Caribbean. “Both of my parents are lawyers, and my brother also does law.”

“My mom’s dream was to have my brother and I take over the (family law) office.”

But her high school swim coach, Moyston says, encouraged her to stand her ground. “He noticed that I was interested in science, and told me, ‘If you don’t want to do law, it’s not your parents’ life. It’s yours. You can make that decision for yourself.’”

And now, she is having an “amazing” experience at the University, Moyston says, doing cutting edge research, developing entrepreneurial skills, and gaining self-confidence through internships and extracurricular activities.

She was recently inducted into Tau Beta Pi, the engineering honor society that recognizes students who have distinguished themselves by their academic performance and exemplary character.

And as for her mom?

“We had a lot of discussions,” Moyston says, “and in the end we came to the conclusion that this is something that I want to do, so I’m going to do it. And she has been very supportive since.”

At an early age, Moyston says, she enjoyed watching science programs on TV and “begged my parents to buy me books about how things work.” By high school, she was thinking about a career in medicine. However, a STEM summer program she attended during high school convinced her she should also consider biomedical engineering.

“The activities involved designing and creating things, making your designs more efficient, and I found that I really loved that,” Moyston says.

In addition, the director of the STEM program recommended that Moyston apply to universities in the US, and specifically recommended the University of Rochester.

“So, I had to do a lot of thinking that summer, because that was the summer when you apply to universities as well,” she says.

She chose Rochester because the University had a relatively small enrollment and a smaller student-to-faculty ratio than other schools she considered. “I thought that might make it easier to form relationships with faculty members,” she says. Moyston was also attracted by the opportunities the University offers for undergraduates to participate in research.

“That was probably the course that I did the worst in that semester, but I had so much fun learning the content,” Moyston says. 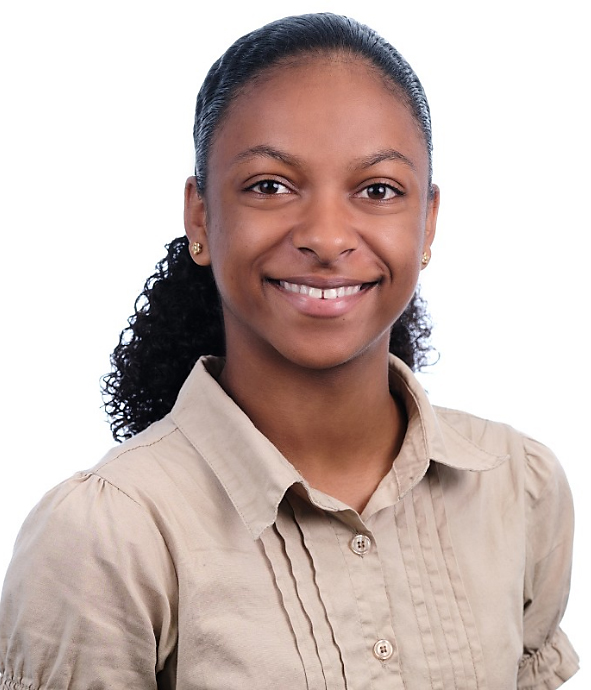 Her high expectations of the University, and of the Department of Biomedical Engineering have been fulfilled, she says. The department has a reputation for not only strong research and academic programs, but a collegial spirit that provides a welcoming, supportive environment for students.

“I found it so easy to reach out to my professors and get advice from them as it relates not only to my academic curve, but also future career,” Moyston says. She gives a “special shout out” to her faculty advisor, Danielle Benoit, professor of biomedical engineering and director of the Materials Science Program. “She has always been responsive,” Moyston says, “and has really helped shape my academic path so far.”

Benoit is a recognized leader in the field of therapeutic biomaterials for drug delivery and regenerative medicine. When Moyston asked about doing research with her, Benoit welcomed Moyston into her lab as a research assistant.

Moyston is currently working with postdoctoral associate Jared Mereness on screening potential drugs that could alleviate the loss of salivary gland function as a result of radiation used to treat head and neck cancers. The project is in collaboration with professors Catherine Ovitt and Lisa DeLouise at the University’s Medical Center – a mere five-minute walk away from BME labs and offices on the River Campus.  The project uses a tissue chip, combining engineered extracellular matrices with microbubble (MB) array technology, to accurately simulate salivary gland function.

“I’ve learned a lot,” Moyston says of her lab experience. Biomaterials and regenerative medicine are now her main areas of interest.

Another valuable learning experience occurred last summer, when COVID 19 disrupted Moyston’s other plans. She participated instead in a CrossRoads Create Incubator program through the University’s Ain Center for Entrepreneurship, learning how to do market research, design a product and pitch it.

More recently, she has been working with Befikadu Mekonnen ’22, a biomedical engineering classmate from Ethiopia, on a website to make it easier to find Ethiopian literature online.

Moyston has also benefited from extracurricular activities at the University that have “really shaped me as a person,” she says.

“I wasn’t involved in that many extracurriculars back home. But at the University everyone is on a board, and really involved in clubs.

For example, her peer advisor—a member of the D’Lion Society—was also captain of the dance team. She urged Moyston to join. “I would never have seen myself dancing. Ever!” Moyston says.

But she gave it a try, and now performs with the team in front of large crowds. “That really helped me gain confidence,” she says.

As a member of the Society of Women Engineers, she has enjoyed participating in outreach efforts to encourage young girls to consider careers in STEM fields.

Fortunately, growing up in St. Lucia, Moyston did not have to contend with the biases, obstacles, and lack of role models that continue to confront women and underrepresented minorities who pursue STEM education and careers in this country.

In St. Lucia, “you tend to find more women in managerial positions across all fields, and they also tend to pursue tertiary education more than men,” Moyston says.

Moreover, 85 percent of the population in St. Lucia is of African descent. “There wasn’t any hindrance when I said, ‘okay I want to be an engineer,’” Moyston says. “I look at engineers back home and they all look like me.”

So, she was shocked to learn about the situation women and minorities face in this country. “I’m still learning how I fit in as a minority in the community here,” she says

Moyston’s immediate goal is to pursue a graduate degree in biomaterials or regenerative medicine. She is considering doing so in Benoit’s lab.

And after that? Moyston says she is leaning towards working in industry but has also had some “encouraging conversations” with Jared Mereness about staying in academia.

“I do want to spend a short amount of time in the states, because there are different opportunities here than at home,” she adds. “But if I do go back home. it would probably be to teach biomedical engineering at a university.”

Wherever she ends up, “I want to be a source of encouragement for younger students, someone they can look up to and say, ‘I want to do what Tracey is doing.’”