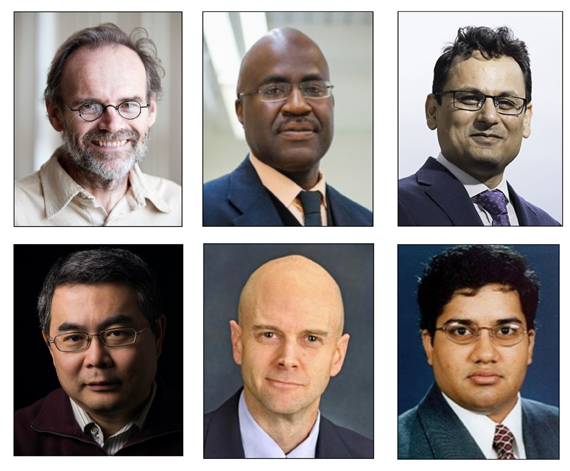 James F. Allen, an internationally renowned AI researcher, has been named a fellow of the Association for Computational Linguistics (ACL) for his “significant contributions to natural language dialogue research, planning and plan recognition.” ACL fellows are chosen for their “most extraordinary” contributions in scientific and technical excellence, service to the association and the community, and educational or outreach activities.

During a career that spanned 43 years, Allen, an emeritus professor in the Department of Computer Science, did groundbreaking research on collaborative agents that reason and plan while interacting through language.

His early work focused on the development of a plan-based theory of speech acts, which launched him to immediate prominence and still serves as one of the most influential computational models of dialogue behavior developed to date. Two of his landmark papers on the topic received more than 15,000 citations. More recently, while most of the natural language processing field moved to statistical learning methods as the paradigm for language processing, Allen believed that deep-language understanding can only currently be achieved by significant hand-engineering of semantically rich formalisms coupled with statistical preferences.

Allen joined the computer science department as its fifth faculty member in 1978, after earning a PhD from the University of Toronto. He served as department chair from 1987 to 1990 and was named the John H. Dessauer Professor of Computer Science in 1992. Beginning in 2002, he also served as a senior research scientist and an associate director of the Florida Institute for Human and Machine Cognition.

He authored Natural Language Understanding (Benjamin/Cummins 1987, with a second edition in 1995). Allen served as editor-in-chief of the American Journal of Computational Linguistics (now called Computational Linguistics) from 1983 to 1993; during his tenure as editor, the journal became the leading publication in the field. In 1984, Allen was one of the first recipients of the Presidential Young Investigator Award from the National Science Foundation.

Marvin Doyley, the Wilson Professor of Electronic Imaging and chair of electrical and computer engineering, has been selected as a fellow of the Institute of Electrical and Electronics Engineers (IEEE) and of the American Institute of Ultrasound in Medicine (AIUM) for his advancement of novel imaging techniques to detect and track diseases, including ultrasound elastography using inverse methods.

Doyley, the Wilson Professor of Electronic Imaging and chair of electrical and computer engineering, joined the University in 2008 after serving as a research professor at Dartmouth College. His Parametric Imaging Research Laboratory uses various optical, magnetic resonance, and ultrasound imaging techniques to develop new ways to detect disease more quickly and determine how well patients are responding to therapy. Elastography (elasticity imaging) is a state-of-the-art method for diagnosing abnormalities in soft tissue.

He was previously inducted as a fellow of the American Institute for Medical and Biological Engineering (2020). Doyley was also selected for the first cohort of the IAspire Leadership Academy, a program aimed at helping STEM faculty from underrepresented backgrounds ascend to leadership roles at colleges and universities. As department chair at Rochester, he secured NSF funding for an REU (research experience for undergraduates) program aimed at introducing imaging in medicine and biology for underrepresented minorities.

Ehsan Hoque, an associate professor of computer science who works in the intersection between artificial intelligence (AI) and human-centered computing (HCC), has been named a Distinguished Member of the Association for Computing Machinery (ACM) for his outstanding contributions to computing.

He is among 67 members of the world’s largest educational and scientific computing society who have been selected by their peers for work that has spurred innovation, enhanced computer science education, and moved the field forward.

Hoque, a coleader of the Rochester Human-Computer Interaction (ROC HCI) Group, models and captures the dynamics of human behavior and their relationships using machine learning, computer vision, and network sciences. In collaboration with colleagues from the University’s Medical Center, his algorithmic intuitions improve the lives of disadvantaged, ill, disabled, and other individuals who struggle with socio-emotional communication, such as those with autism, severe anxiety, neurodegenerative disease, PTSD, aging, and terminal illness. Other applications of his work include using AI to help with public speaking, jobinterviews, music training, negotiations, collaborations, and credibility.

Hoque joined the University in 2013 after receiving his PhD in 2013 from the Massachusetts Institute of Technology. His doctoral thesis—“Computers to Help with Conversations: Affective Framework to Enhance Human Nonverbal Skills”—was the first of its kind to demonstrate that it is possible for people to learn and improve their social skills by interacting with an automated system; the thesis was showcased at the MIT Museum as one of the most unconventional inventions at MIT.

His research has been supported with more than $20 million in grants from a wide variety of funders, including the National Science Foundation, the National Institutes of Health, the Army Research Lab, the Defense Advanced Research Projects Agency, Google, Microsoft, and the Moore Foundation. His research has resulted in more than 100 publications with eight best paper awards or nominations.

Jiebo Luo for outstanding inventions in multimedia and computer vision

Jiebo Luo, a leading expert in artificial intelligence, has been selected as a fellow of the National Academy of Inventors (NAI). The academy is recognizing Luo and the other inductees for “a prolific spirit of innovation in creating or facilitating outstanding inventions that have made a tangible impact on the quality of life, economic development, and welfare of society.”

Luo, the Albert Arendt Hopeman Professor of Engineering and professor of computer science, joined the University in 2011 after working 15 years for Eastman Kodak Co. where he was a principal contributor to the Digital Radiography System and other Kodak products. At the University, his pursuit of new research frontiers in multimedia and computer vision research includes investigating computational inference of sentiment and emotion in images and multimedia and also bridging images and video with language. Luo’s more than 500 publications and 5 books, which have garnered more than 41,000 citations, also span natural language processing, machine learning, data mining, computational social science, and digital health.

Luo has been issued 95 US patents. Recent awards include election to Academia Europaea (2022). He is also a fellow of ACM (Association for Computing Machinery), AAAI (Association for the Advancement of Artificial Intelligence), IEEE (Institute of Electrical and Electronics Engineers), SPIE (the international society for optics and photonics), and IAPR (International Association of Pattern Recognition), and has received major technical achievement awards from ACM, IEEE, and Eastman Kodak.

Benjamin Miller, a pioneer in developing compact chips and biosensors for disease detection and personalized medicine, has also been selected as a fellow of the National Academy of Inventors (NAI).

Miller, the Dean’s Professor of Dermatology, joined the Rochester faculty in 1996. He also holds appointments in biomedical engineering, biochemistry and biophysics, optics, and materials science. His lab focuses on two fundamental research areas: the control of biomolecular interactions through the synthesis of new small-molecule probes, and the observation of biomolecular interactions through the development of novel optical sensing technologies. The applications include the production of compact, inexpensive biosensors that could replace current floor-standing clinical diagnostic systems with small, cell phone-sized devices.

Miller’s name appears on 30 issued US and international patents and 23 patents pending. They cover more than 20 novel detectors, biosensors, chips, and probe arrays. His previous honors include being named a fellow of the American Association for the Advancement of Science (2019) and a fellow of the American Institute for Medical and Biological Engineering (2020), as well as receiving the Rochester Business Journal Health Care Achievement Award (2009) and the Camille Dreyfus Teacher-Scholar Award (2001–2006).

Computer science alumnus Srinivasan Parthasarathy ‘96(MS) ’99(PhD) has been named a fellow of the Institute of Electrical and Electronics Engineers (IEE) for contributions to high performance data mining and network analysis.

He is a professor of computer science and engineering and of biomedical informatics at Ohio State University, where he directs the Data Mining Research Laboratory, which is a part of the High End Systems Group and affiliated with the Laboratory for Artificial Intelligence Research.

He enjoys applied, systems and theoretical problems in these areas. The National Science Foundation, the Department of Energy and the National Institutes of Health have been the primary supporters of my group's research together with grants and gifts from several industrial sponsors

Parthasarathy completed his PhD in 2000 at the University of Rochester. He was the first PhD student advised by Sandhya Dwarkadas. His dissertation was entitled Active Data Mining in a Distributed Setting.