"Fire in the hole," hollers MechE senior Jordan Brooks of the Robotics Club as Edward Ruppel of the Solar Splash team looks on . . 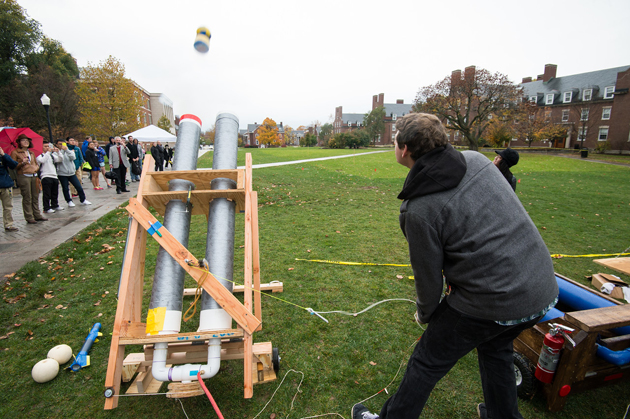 . . . and Brooks then sends a practice launch over Wilson Quad with the club's air cannon. (Photo by J. Adam Fenster/University of Rochester) 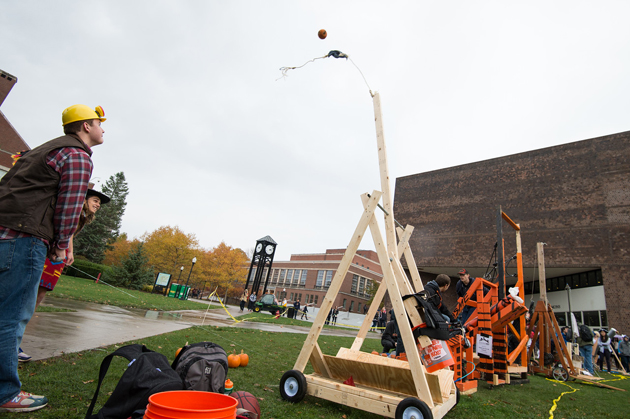 This trebuchet was entered by the AICHE team. (Photo by J. Adam Fenster/University of Rochester)

The ghoulishly adorned distance markers -- and the costumes worn by participants and onlookers alike -- helped punctuate the Halloween theme. In costume from left to right: Shannon Fitch, a BME sophomore; Marisa Caiola, a sophomore in psychology and Spanish; and William Green, a MechE junior. Fitch said the e-social was an opportunity to "watch the cannons and show off our costumes." 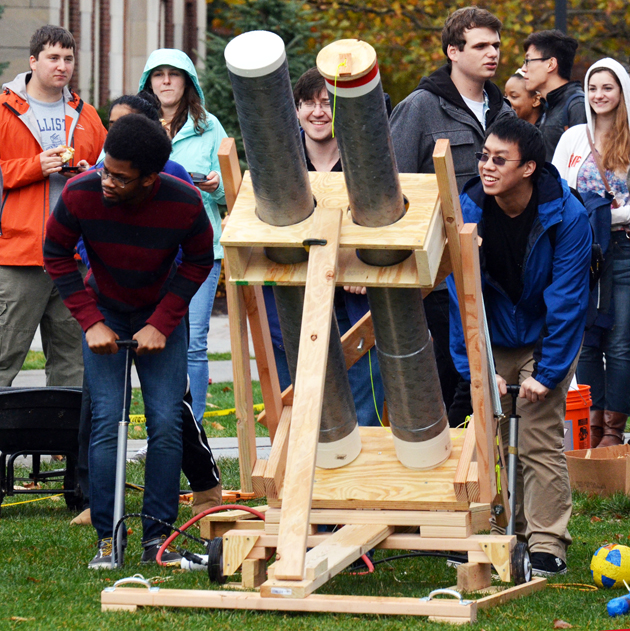 Kian Jones, at left, a Computer Science sophomore; Matthew Baker, a BME senior seen between the tubes; and Gary Ge, an ECE junior, man the pumps for the Robotics Club team. 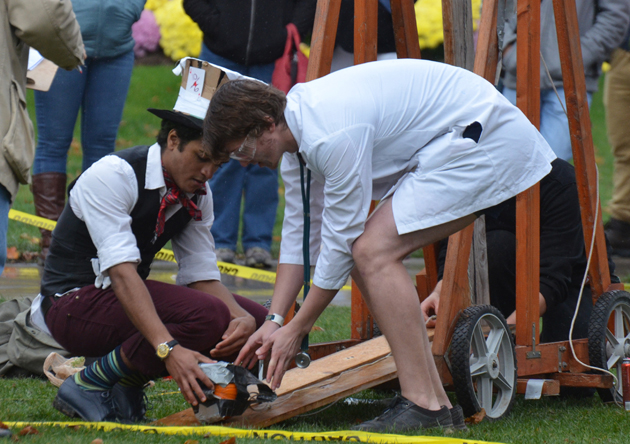 Noah Woolfolk '16 and Ben Parkinson '16 of the ASME team carefully load a pumpkin on their trebuchet . . . 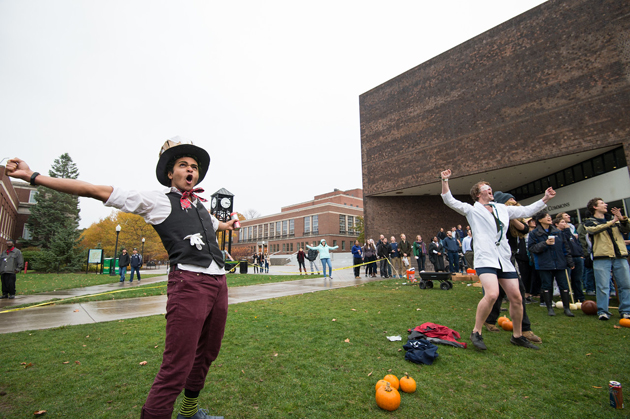 . . . then celebrate a successful launch. (Photo by J. Adam Fenster/University of Rochester)

Members of the AICHE team and their ChemE supporters watch expectantly as they take their turn.

The faces say it all: Better luck next time! 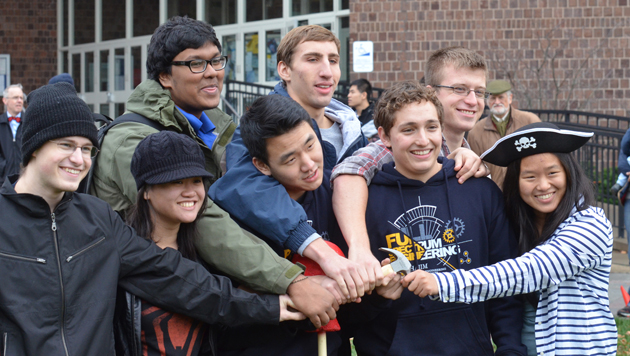 Adalberto Perez, a MechE senior who assisted MechE department chair Professor John Lambropoulos and MechE Associate Professor Christopher Muir with the official distance measurements, carries off one of a multitude of pumpkin carcasses that littered the Wilson Quad after practice shots and four rounds of competition. 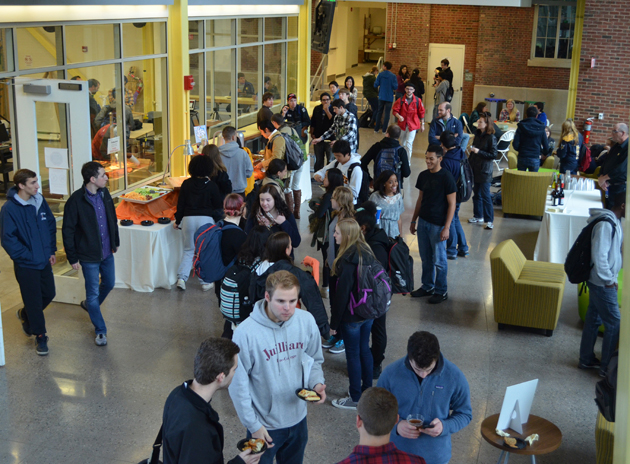 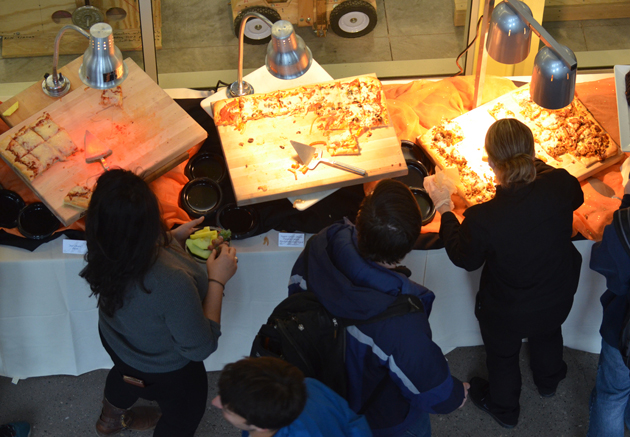 . . . and more hapless pumpkins were being carved in very imaginative ways . . .