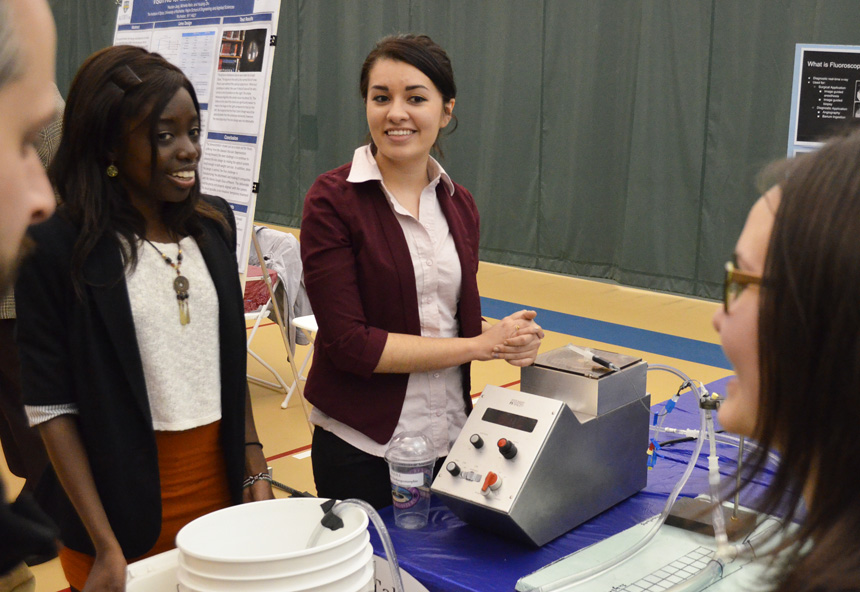 Jenny Quintero, center, with Sandra Oluoch, left, and Susan Butler, two of her fellow biomedical engineering teammates, demonstrate their senior design project,  modifying an existing Carestream Health radiographic phantom to measure dynamic latency, simulate flow and show sufficient contrast between flowing substances and surroundings. Quintero says the guidance, support, motivation, and opened opportunities she experienced through the STEM-Gems program "have led me to where I am today."

"As a minority and first generation college student, I knew very well at the start of my undergraduate career that I had a big challenge ahead of me. But now that I am almost finished, I can honestly say that the STEM Gems program significantly helped me reach and surpass my goals. They gave me all the resources needed to overcome my challenges. The program also introduced me to a world filled with opportunities, and they have been a great contributor to where I stand today . . . " -- Jenny Quintero '16

Success stories like this one are an indication of the dramatic success of the Hajim School’s STEM-Gems program in increasing the retention of low-income, first generation and underrepresented racial minority students.

The program is one of four recipients this year of the University’s Meliora Award, presented annually by the University of Rochester to recognize individuals or teams whose work performance and dedication during the preceding few years exemplify the University’s motto, Meliora (ever better).

Led by Lisa Norwood, assistant dean for undergraduate affairs at the Hajim School, the STEM-Gems team has developed a four-step approach:

Starting with the class entering in fall 2012, the first year of full implementation, the STEM-Gems program increased the first-year retention rate of low-income, first generation and underrepresented racial minority students to 88 percent, compared to an average of 57 percent the prior five years. The goal is to get to and maintain a 90 percent first-year retention rate.

“This is a noble achievement, not only because it benefits deserving students, but also promises to enrich the field of engineering,” said Hajim School Dean Rob Clark, who was a first generation student. “ No discipline, no profession, can afford, however inadvertently, to deny itself the benefits of a diverse and inclusive membership.” 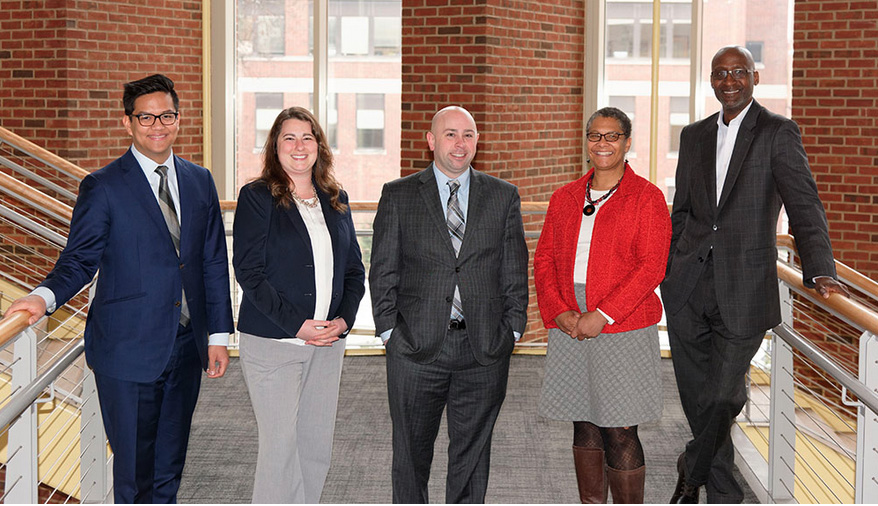