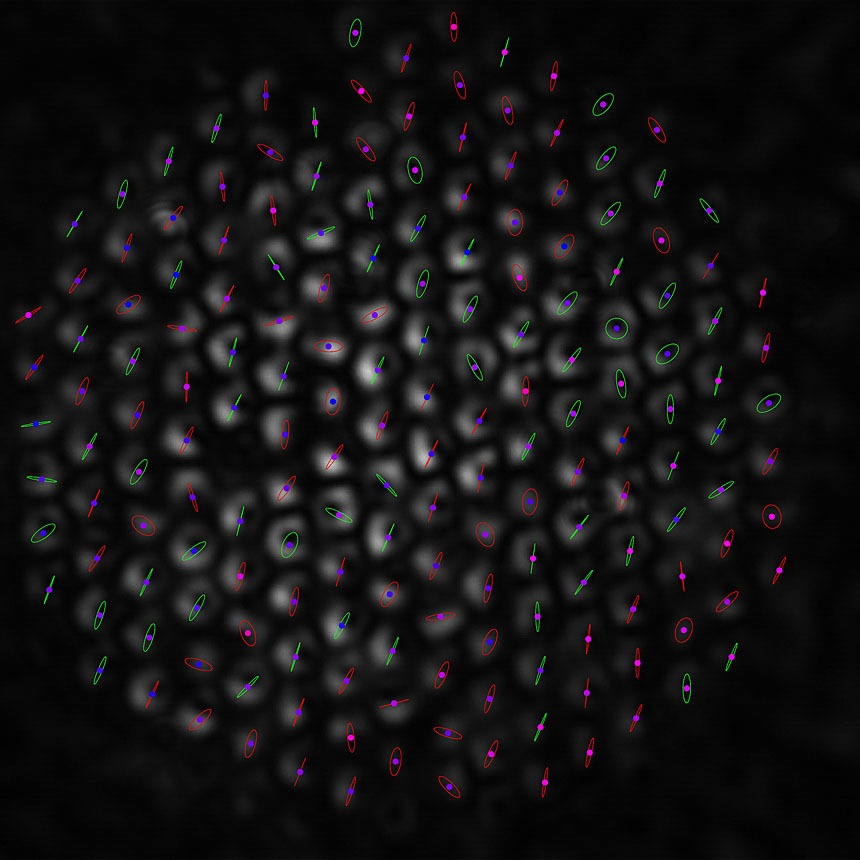 Multicore optical fibers — capable of transmitting hundreds of independent laser beams at the same time — will be more feasible thanks to University researchers who have found a simple, inexpensive way to measure the polarization states of each of those beams simultaneously.

Doing so will make it easier to produce next-generation endoscopes to diagnose cancer and high-power laser amplifiers for communications.

The research — by Associate Professor Miguel Alonso and Professor Thomas Brown of the Institute of Optics and collaborators at two universities in France — is an example of more than 60 University of Rochester research projects that will be showcased at Frontiers in Optics (FiO) 2016. The 100th annual meeting of the Optical Society (OSA), which will bring together optical researchers, engineers, and industry leaders from across the United States and more than 40 countries, is being held in Rochester October 17 to 21 for the 25th time.

And appropriately so. Rochester's optical industry, the OSA, and the University's Institute of Optics have been closely intertwined throughout the past century. (See below.)

The annual meeting will be an opportunity for University researchers from the Institute of Optics, the Laboratory for Laser Energetics, and from the Departments of Physics, Biomedical Engineering, Electrical and Computer Engineering, Mechanical Engineering, Neuroscience, and Ophthalmology to showcase their expertise in such areas as freeform optics, medical imaging, quantum optics, and terahertz imaging. There will also be a special symposium in honor of the late Stephen Jacobs, an institute faculty member who passed away last year.

Measurement and control is everything

"There's a saying in a variety of different fields, but especially in optics, that if you can't measure it, you can't make it," says Brown. "Being able to do good measurements is always a prerequisite to being able to do precise design and precise manufacturing.'

Especially when trying to send beams of light through multiple optical fiber cores at once. The quality of what comes out the other end depends on being able to measure and control the polarization states — the orientation and elliptical properties of the "wiggle" in the electric field — in each of those beams. Otherwise, when the beams are combined at the end, "you're going to get all kinds of random effects associated with the focal spot," Brown says.

Alonso, Brown, and their collaborators have come up with a relatively inexpensive device to capture the polarization states of laser beams as they are emitted from each of multiple cores. The device converts those polarization states into spatial shapes — or "polarization signatures" — that can be recorded on camera, then quantitatively analyzed. Called a stress engineered optical element (SEO), the device consists of a cylindrical glass window and an optical filter similar to those used in 3-D movies, placed between a fiber bundle and a camera. The researchers say it that can be integrated into any imaging system.

By measuring the polarization states of multiple beams at once, the device opens the door to creating a feedback loop to adjust polarization at the input, so that all the beams will be identical at output. "You could do real-time corrections," Brown said. 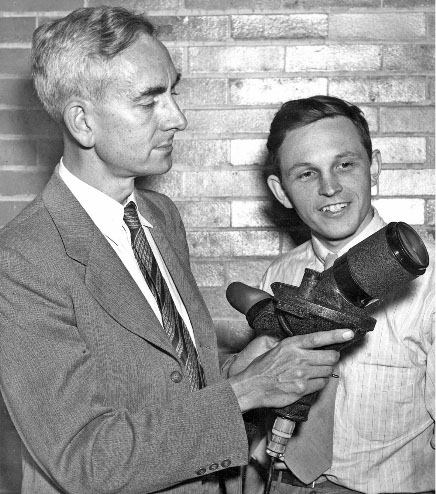 When World War I demonstrated America's over-reliance on German optical instruments and expertise, members of the growing optical industry in Rochester formed what they hoped would be the first local section of a national society to promote optics in this country.

OSA formed the following year. OSA founders were part of the advisory committee that led to the creation of the Institute of Optics as the nation's first academic program in optics. The Institute has granted nearly half of all optics degrees in the United States, and many of its faculty and alumni have played key leadership roles in OSA. Of OSA's 81 presidents, 20 have been current or former Institute faculty members and/or alumni. Two others were University physics alumni.

An exhibition, City of Light: Rochester and the History of Optics, is on view through December 31 in the Department of Rare Books and Special Collections.