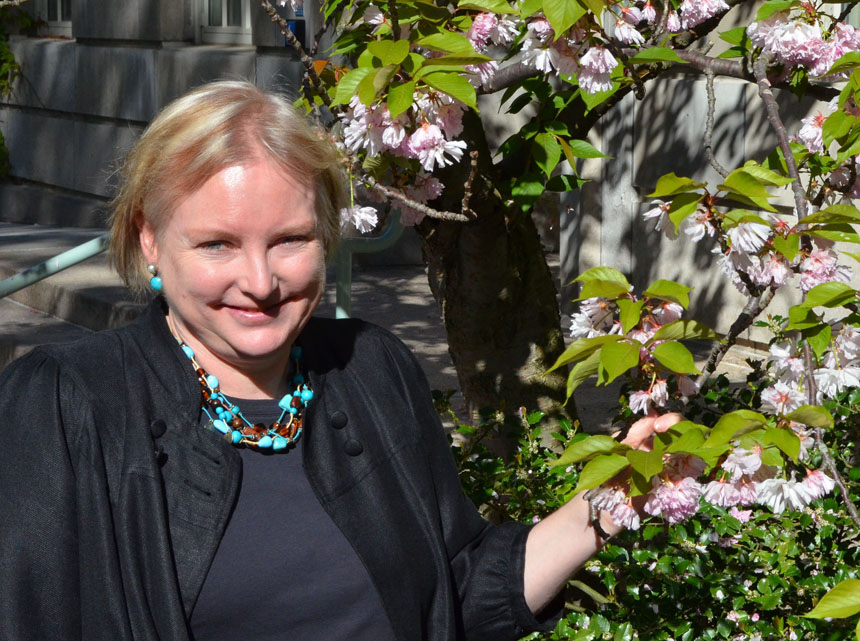 Cindy Gary is recipient of the Edmund A. Hajim Outstanding Staff Award for 2017.

“Frankly, after working with Cindy Gary for a few years now, I don’t know how we got along without her,” says Mark Bocko, chair of electrical and computer engineering.

That, in a nutshell, is why Gary, the assistant dean for grants and contracts, is the 2017 recipient of the Edmund A. Hajim Outstanding Staff Award.

Gary, who joined the Hajim School in 2012, is responsible for helping the school maintain a robust research portfolio in what has been a tough climate for federal funding, focusing especially on special projects and new initiatives, proposal development, and pre-award assistance.

“As dean of the Hajim School, I have seen just how effective Cindy is at encouraging, supporting, and managing proposals, from individual PI proposals to very large multi-institutional submissions,” says Wendi Heinzelman.

“Feedback from this series of workshops and peer-review sessions was very positive, and this will now became an annual offering for our junior faculty,” Heinzelman said.

Gary was instrumental in helping secure federal and state funding for the AIM Photonics Initiative—a multi-institutional submission that included partnerships with universities and companies across the nation.

She has also driven the school's success in obtaining tech-based economic development funding from agencies such as the Department of Commerce Economic Development Administration and NSF's I-Corp programs.

Gary has held office hours in individual departments and sends out a weekly email of external funding opportunities, webinars, and other useful information that pertains specifically to engineering. She has also organized training for faculty on topics such as SBIR/STRR (Small Business Innovation Research/Small Business Technology Transfer) and junior faculty funding.

She contributes not only to the Hajim School but also to the overall AS&E research effort as part of the four-member AS&E Research Team that recently received the University’s Meliora Award.

Recently, for example, Gary worked closely with Arts and Science assistant dean Debra Haring on preparing a 250-page, five-institution Physics Frontier Center grant submission that “required an incredible amount of work to manage and coordinate,” Heinzelman said. “Cindy and Debra did this flawlessly.”

Gary came to the Hajim School already well versed in grantsmanship and project development, having previously served as assistant director for research programs at the Center for Integrated Manufacturing Studies during five of her 12 years at RIT. She also was program director at High Tech Rochester for eight years.

“She’s brought a ton of energy to the position,” says former Hajim School dean and current University provost Rob Clark. “She really does a great job of pulling together the big picture grants under what can be trying circumstances at times.”

“It’s not easy to coordinate a large group of people around an activity like that. Everybody works at a different pace, but she’s able to juggle all that in a way that people enjoy working with her.

“When I was dean I used to get a lot of positive notes from faculty members about how great she was in helping them pull proposals together.”