Getting to the bottom of a ‘hot’ debate about plasmonic catalysis 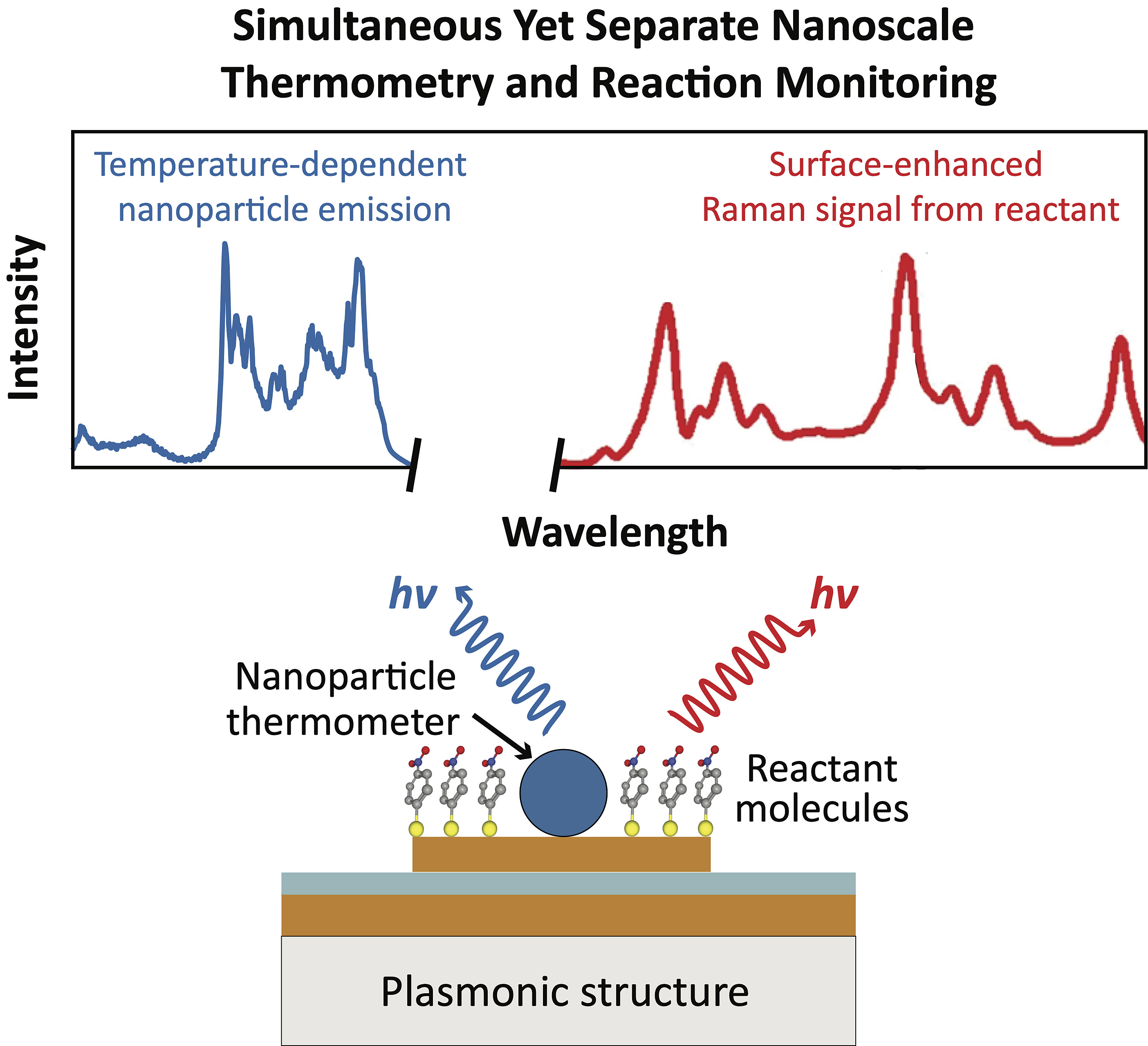 The lab of Andrea Pickel will ‘read’ the temperature of a single nanoparticle to help determine whether plasmonic catalysis represents just another way to heat up a catalytic reaction or is a fundamentally different way to accelerate a reaction – without adding heat.

Hundreds of everyday products are produced with chemical reactions that are accelerated by the addition of materials called catalysts. Traditional catalysis works most efficiently at extremely high temperatures.

And that can have drawbacks. Traditional catalysis can require a lot of energy to achieve super high temperatures. And it may cause set off other, undesirable reactions.

Hence the growing interest in so-called “plasmonic catalysis,” says Andrea Pickel, assistant professor in the Department of Mechanical Engineering at the University of Rochester. Researchers have found that nanostructures made of gold, silver and other noble metals, when exposed to lasers of a certain wavelengths, create a plasmonic resonance, or excitation of electrons, that leads to a more efficient catalytic reaction.

The big question is: Why? Does the laser-induced plasmonic resonance simply provide a different way of generating heat to speed up the reaction? Or does the excitation of electrons represent a fundamentally different way to speed up a catalytic reaction without adding heat -- which would be a very big deal indeed?

Pickel – who specializes in developing new techniques to measure temperature, especially at the nanoscale -- has been awarded a Doctoral New Investigator (DNI) award from the American Chemical Society to help resolve this ongoing debate.

“One of the challenges is that there aren’t great ways to measure temperatures during a catalyzed reaction,” Pickel says. Most researchers rely on signals gathered from molecules during the reaction. “But that’s complicated because the molecules themselves are reacting. There’s a lot of variables involved. So, it’s hard to use them as a very reliable thermometer.”

Instead, Pickel’s lab will position a single nanoparticle on a sample of other material being catalyzed with the plasmonic resonating nanostructures.  The nanoparticle, which will not be involved in the reaction itself, will be exposed to the same laser that drives the chemical reaction, allowing the researchers to “basically use optical techniques to get information about the actual temperature, just from the light coming from the nanoparticle,” Pickel says.

“So, we can have this plasmonic catalytic reaction going on, and at the same time put in a single nanoparticle thermometer, which is not directly involved in the reaction, and that way we can separately monitor the temperature during the reaction to get a reliable reading.

Why is this important?

“Right now, we have lots of ways to just heat things up,” Pickel adds. “So, if this plasmonic enhanced catalysis just turns out to be just another way of heating, that’s not actually that interesting.”

“But if we’ve actually found a way to catalyze reactions without having to heat things up, that would be something totally new and different, and we could imagine developing new infrastructures to take advantage of that.”

An example would be production of ammonia as a fertilizer for agriculture. Researchers have already begun experimenting with ways to apply plasmonic catalysis to that process.

The two-year, $110,000 award will support a PhD student for each year of the project and an undergraduate researcher, and also help cover costs of materials, Pickel says.

Pickel, who is also affiliated with the Materials Science Program, joined the University last July as an assistant professor after completing her PhD at the University of California at Berkeley. She taught a graduate course on Nanoscale Energy Transport and Conversion last fall, spent the spring getting her lab ready, and will again teach the graduate course this fall. 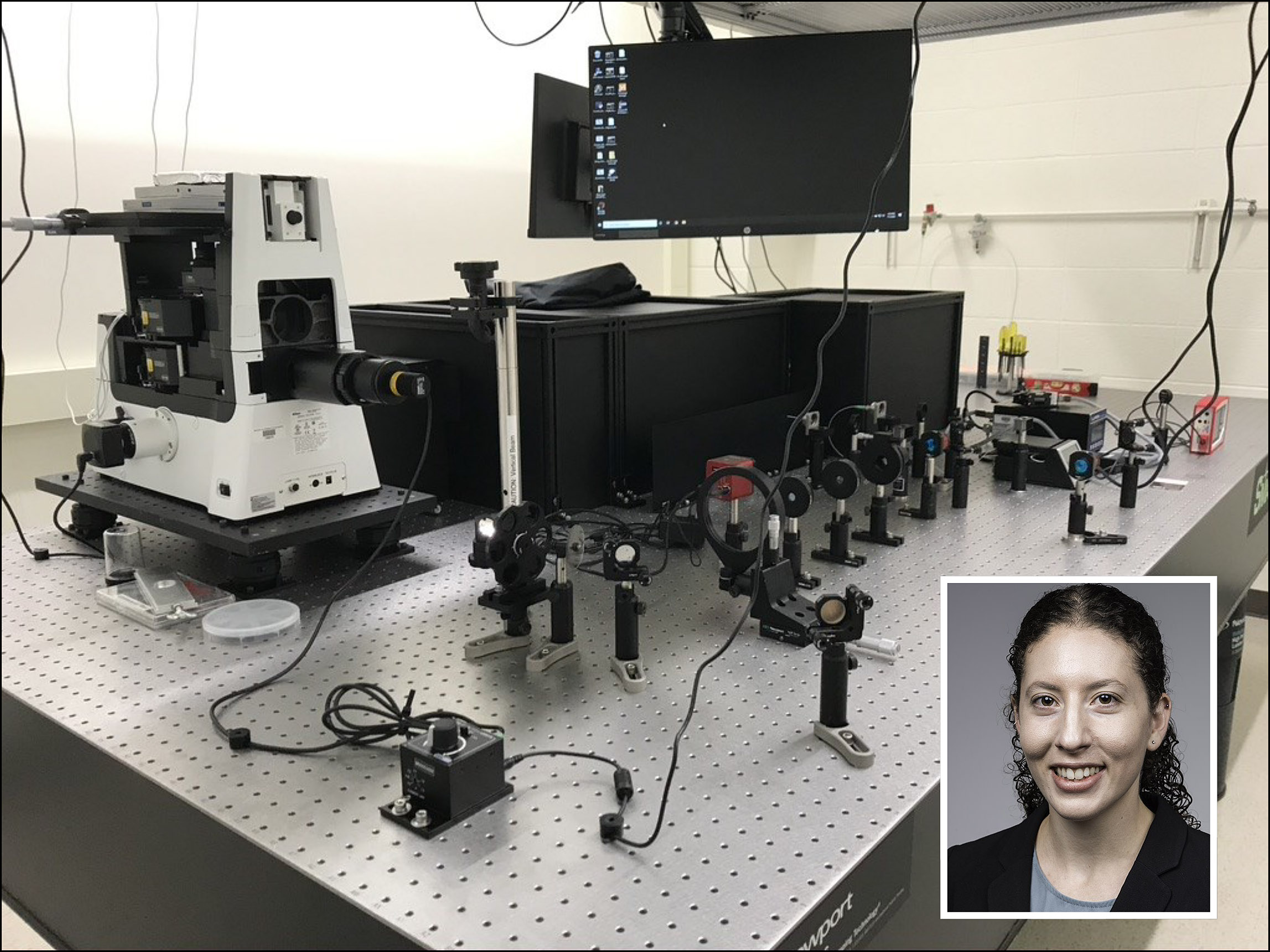