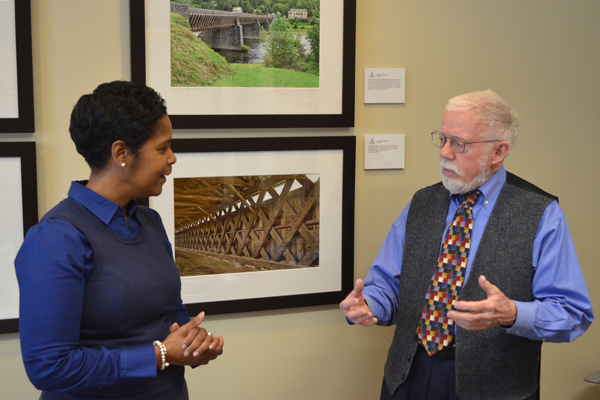 (Professor Al Clark and Sandra Turner discuss his bridge photos before a reception at the Hajim School Dean's Office.)

Perhaps. But clearly something more than just a good eye and steady hand were behind the four Clark photographs that now have a permanent home in the conference room of the Hajim School Dean's Office in Lattimore Hall. 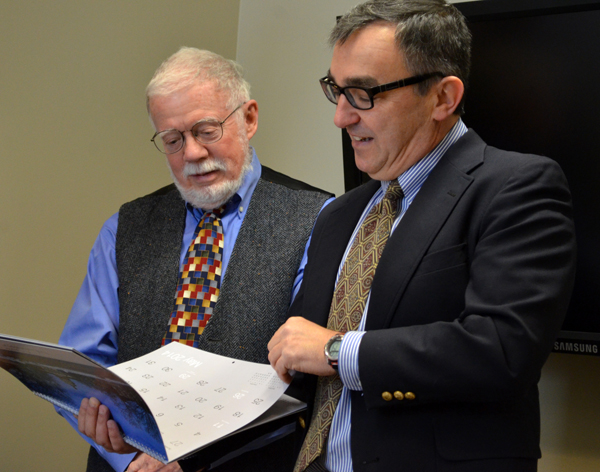