Century-old optical device will find new life in the classroom 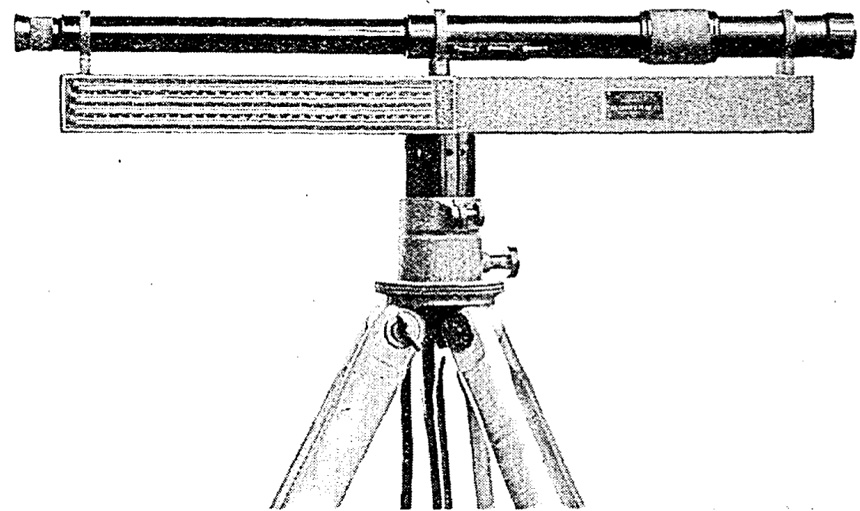 Illustration of Loyd Jones’ colorimeter, from Journal of the Optical Society of America

A 100-year-old optical device, which once tested how well ships were camouflaged from German U-boats, languished for years in a closet at the Institute of Optics.

Now, it has been rescued and will soon find a new use -- helping assistant professor Jennifer Kruschwitz teach the basics of color science to her students.

Already it has helped one of her recent graduates.

Dan Kim ’17 -- at Kruschwitz’s suggestion -- researched the subtractive colorimeter and its inventor, Loyd A. Jones, a former Eastman Kodak chief physicist, OSA president, and key figure in the Institute’s founding. Kim then meticulously disassembled and refurbished the device for his senior thesis.

“The project sounded really cool, to work on a device that was close to 100 years old and revitalize it so future students could use it to better understand color technology and its history,” says Kim, now a thin film process engineer at Guardian Industries in Carleton, Mich.

The project earned the outstanding poster award at the recent Munsell Centennial Color Symposium at the Massachusetts College of Art and Design. The symposium was attended by several hundred color scientists and artists from around the world.

“I am so proud of Dan,” Kruschwitz says.  “He had no color background coming into this project.”

Library of Congress photo of camouflaged ship circa 1920.

When Germany launched unrestricted submarine warfare against all shipping bound for England in February 1917, the United States was finally, reluctantly drawn into World War I. Jones headed a research group at Eastman Kodak that tested how effectively Allied ships were camouflaged against the German “unterseeboots,” or U-boats.

“The camouflage painted on the hulls of the ships was intended to create a visual illusion to make it appear they were traveling slower or faster than they actually were,” Kruschwitz says.

Jones and his staff developed elaborate indoor and outdoor ‘experimental oceans,’ to simulate how ships would appear through a submarine periscope, according to a profile by the Optical Society.

It also “became necessary to make measurements of the color of the sky just above the horizon, under various conditions of weather through the regions in which vessels were subject to attack by submarines,” Jones wrote in a 1920 Journal of The Optical Society of America paper describing the colorimeter he created for this purpose.

The device looks like a telescope. But it has a bipartite field of view, Kruschwitz explains, with the top half showing the horizon. The bottom half shows light that has come up from an incandescent bulb inside the colorimeter, passing through cyan, magenta and yellow slides before being reflected by a prism to the eyepiece. The slides can then be adjusted until the color in the bottom half of the eyepiece matches the color at the horizon.

Jennifer Kruschwitz shows an adjustable color slide from the colorimeter. The original slides had varying amount of water damage, and had to be replaced.

When Per Adamson, director of teaching labs at the Institute, found the colorimeter in a closet, he asked Kruschwitz if she wanted it. “I didn’t know what it was at first, but it had a nameplate on it,” Kruschwitz says. And that led to the U.S. patent that identified its creator, and more importantly, labeled and explained every component, and described the internal workings.

Kim did the rest: learning more about Jones and his work on ship camouflage, then carefully disassembling the colorimeter.

“The most challenging aspect of this project was the amount of work and data that needed to be collected,” Kim says. “There were many steps in our project, understanding the theory and background of the device, taking it apart to assess damage, evaluating how to repair it to the original specs or to improve the design to better benefit Prof. Kruschwitz’s students. And, finally, rebuilding the device with new components.”

Kim is especially grateful for the introduction this gave him to color science and technology,  which is serving him well in his first job.

“Prof. Kruschwitz was a huge help. She helped me understand the concepts and took the time to give me a crash course in some of the experiments that color scientists conducted 100 years ago and the changes in their theories.”

The prize-winning poster is on display outside Krsuchwitz's office in Wilmot Hall.