“We create things that have never been done before," in a "tiny, tiny area,” says Jaime Cardenas, assistant professor at The Institute of Optics.

For example, his lab creates nanoscale optical devices—“optics on a chip”—with microfabrication techniques. The chips are indeed tiny—about 1 mm by 1 mm—but their applications are potentially enormous: new ways to send information faster, to measure materials more precisely, to build tools that could revolutionize fields as varied as neuroscience, cellular biology, and astronomy.

Another focus is overcoming the limitations of current photonic devices that attempt to generate and manipulate photons—the basic, quantum units of light and other forms of radiant energy. For example, the Cardenas Lab explores ways of integrating novel 2D materials that would be compatible with traditional semiconductor materials.

“I tell my students, we’re trying to transform the way we see the world, and the way we do things in the world,” Cardenas says.

“And for me the idea that you can do this with tiny little chips has always been very appealing."

An early interest in rockets, astronauts

Cardenas was born in Monterey, Mexico. His father is a retired surgeon; his mother is a retired anesthesiologist. So, he grew up hearing his parents talking at home about the surgeries they had been involved in that day.

“I always found medicine interesting and exciting,” Cardenas says. However, his initial passion for science started with hearing about rockets and astronauts. “I remember when I was 11 or so, and I spent all my savings buying a microscope and telescope, which makes no sense, right? Because one is for looking at things very small, and the other is for things that are very far away.”

His parents were supportive. They "always encouraged my brother and me to the follow path we wanted – except for rock star,” Cardenas says. “That was off the table!”

Cardenas excelled as a student in high school and in college; teachers told him he was talented enough to become whatever he wanted to be. Though encouraging, he says, that didn’t help him much in narrowing down career possibilities.

When he attended the Instituto Tecnologico y de Estudios Superiores de Monterey (ITESM) he ended up pursuing a degree in physics—by process of elimination. “I am not very good at reading and memorizing stuff from a book; I fall asleep doing that,” Cardenas says. “That took law and medicine off the table.”

With physics, on the other hand, “you didn’t need to keep memorizing stuff; you just need to understand how things work. And that’s something I could do,” he says.

He graduated with a degree in industrial engineering physics in 1998.

Cardenas then earned his PhD in optical science and engineering from the University of Alabama at Huntsville in 2005 where his research focused on single air interface bends and waveguide microcantilevers—a type of sensor.

When he graduated, he received two job offers, one in Utah, one in Charlotte, NC. “I didn’t particularly like any of the options, but I needed a job,” Cardenas says. So, he accepted a position as a process engineer with Digital Optics Corp. in Charlotte. (Within a year it was bought by Tessera and renamed Tessera North America.)

A detour from academia

“It took me just a couple of weeks in my job to realize I should have stayed in academia doing research,” Cardenas says. “I was bored to tears. That type of job was just not for me. I would do mental backflips when the machine I was responsible for would break. ”

But his options were limited as a foreign student. He couldn’t just quit his job, because he would then have to leave the US within 30 days. He received multiple job offers from other companies but “none of the other jobs seemed like they would be any better,” Cardenas says.

He yearned to pursue challenging research topics as an academic faculty member. But the only way back into academia, he discovered, was to first acquire postdoctoral experience.

In 2007 he took a 60-70 percent pay cut to become a postdoc in the research group of Michal Lipson, a leading expert in nanophotonics at Cornell University.

At that time, Cornell required that postdoctoral fellows complete their work within three years. At the end of three years, Cardenas applied for faculty openings, but was unsuccessful. So Lipson extended his time in her lab by appointing him a research associate—“as permanent as anything in academia that is not a tenured faculty position,” Cardenas says. Lipson paid his position out of her own grant funding, so he could concentrate on supervising students in the lab, helping them with their projects, and doing projects on his own.

By 2015, Lipson had joined Columbia University, and Cardenas was ready to renew his applications for a faculty position. “I applied everywhere,” he says. “I feel bad for the people who wrote letters of recommendations for me. I estimate there were 30 or 40 of them.”

When The Institute of Optics at the University of Rochester made an offer, Cardenas quickly accepted.

Finding a home at The Institute of Optics

The Institute "is the most prestigious institute of optics in the world,” he says. A friend who earned his PhD at the Institute confirmed its reputation for attracting high quality students. “You need to have students who are willing to work hard and have done that in the past to have success,” Cardenas says.

Moreover, Cornell University—where Cardenas spent most of his postdoc—is just two hours from Rochester. “I know their fabrication facilities very, very well," he says. So he knew if his lab needed anything special done to make a device, it could be done a relatively short drive away.

“Jaime is a brilliant researcher and mentor,” says Institute Director Scott Carney. “I am so impressed with the students in his group and the growth I have seen in them. The fundamental insights and creative solutions I see coming from Jaime and his group are coupled to a great sense of the practical and important.  The potential for both scientific and commercial impact is tremendous.”

Their work has been supported by several grants.

For example, in 2018 Cardenas—as principal investigator (PI)—received $407,000 in funding from the National Science Foundation in collaboration with co-PI and Institute colleague Govind Agrawal. Their project is to develop a novel platform capable of changing the frequency of laser light after its emission by applying an electrical field. The proposed technology could electrically induce laser frequency shifts on a photonic chip, enabling the generation of multiple desired frequencies on a chip from a single input laser.

The following year, Cardenas demonstrated a “best practice” in grantsmanship. After getting to know his NSF program manager by serving on a grant review board, he then seized an opportunity to talk with her one-on-one at a workshop in Washington, D.C. He described another risky project. He ended up receiving a $150,000 NSF EAGER award to pursue a novel approach to improving the efficiency of silicon photonic devices that could be compatible with existing electronic technologies.

And last year his lab received NSF I-Corp funding to develop laser fusion splicing as a way to more efficiently and effectively attach a fiber to a photonic chip. The fiber attach process currently constitutes up to up to 80% of the cost of a silicon photonic device. The technology proposed by Cardenas’ lab would “substantially decrease the footprint of a photonic device and increase the performance of a photonic device by four times the current standard.”

Cardenas is also working closely with other faculty members at the Institute and the Hajim School of Engineering and Applied Sciences to acquire state-of-the-art instrumentation that could be shared by multiple labs for a host of advanced research projects. In 2018, for example, Cardenas was co-PI with three other Hajim School faculty members in securing NSF Major Research Instrumentation funding for an ellipsometer, which will provide unparalleled thin film characterization capabilities. He is currently helping develop proposals to upgrade the University of Rochester’s URNano fabrication facility.

When asked what he would like to achieve over the course of his career, Cardenas talks mostly about how he wants to give his students the foundation to achieve great things in their careers.

“I want to give my students the . . . tools to have the best opportunities they can,” he says.

That’s why the emphasis in his lab is on constantly pushing boundaries. “If we work on things other people have done before, then it is a disservice to my students,” Cardenas says.

Increasing the participation of Hispanic and other underrepresented minority students in this process is vital, he adds.

The underrepresentation of Hispanics in science, technology, engineering and math (STEM)  in this country is well documented. Only about 10 percent of BS degrees in STEM, for example, are awarded to Hispanic undergraduates. Various factors have been cited for this disparity. Lower average family incomes, for example. And less access to advanced math and science courses in predominately Hispanic high schools that are often underfunded.

Nonetheless, Cardenas is convinced Hispanic students can overcome those obstacles. His advice for them is the same he would give any student: Working hard. Don’t give up. Don’t let anyone tell you to set your sights lower.

“This is very hard to understand growing up, but everything you do, you are doing for yourself, not for the people who say things about you,” Cardenas says. “It’s about making yourself have more opportunities. And if you are interested in having children, better opportunities for your children.” 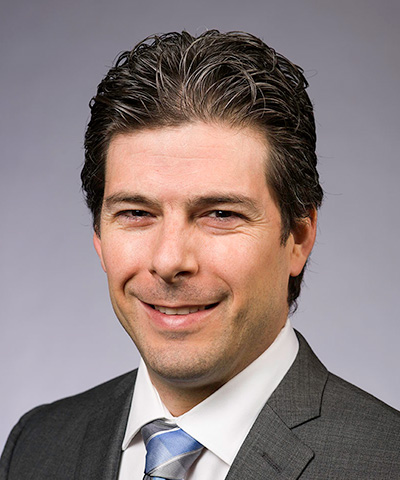