When he was in the fifth grade in Arizona, Christopher Stewart’s mother asked him what he wanted to be when he grew up. “I want to be a computer programmer,” he replied.

But not someone creating computer games, as you might expect of a boy that age. Instead, he wanted to create platforms like Microsoft Word, or Excel, or “something else that everyone uses,” says Stewart ’05 MS ‘08PhD.

This was not a passing interest. Later, while attending high school in the Oakland area, Stewart had two posters in his room: One of Emmitt Smith, the Dallas Cowboys Hall of Fame football player—and the other of Bill Gates, the co-founder of Microsoft.

Now Stewart’s dream has come true. He is an associate professor of computer science at Ohio State University—an expert in computer operating systems and a pioneer in finding new ways to apply the tools of computer science to create sustainable data centers and agricultural practices.

But he had to overcome long odds. The latest surveys in 2015 found that just 2% of tenured or tenure-track computer science professors in the United States are Black.

“As I’ve persisted in the field, I’ve come to realize that while there are people who are trying make things better, the reality is the problems are really deep rooted,” Stewart says. “And because they are, you quickly realize what has long been recognized in the African-American community, that you have work twice as hard to get the same recognition.”

But he persists, nonetheless. In the acknowledgements of his PhD dissertation, Stewart wrote: “I believe this journey has been part of God’s plan for my life...”

And part of that plan, he says, is to continue to be a role model and mentor. His hope is that eventually computer science becomes a field where African-Americans and other underrepresented minorities will feel welcomed as co-equal contributors—much as he felt in the Department of Computer Science at the University of Rochester.

The challenge to pursue a PhD

While living in Arizona, Stewart moved back and forth between Holbrook and Phoenix. His father, an electrical engineer who was injured in the Navy, eventually settled in Holbrook, operating a store selling petrified wood.

His mother, an ordained minister in the Church of God in Christ (Apostolic), is “very much a scholarly person,” Stewart says. She went back to school to earn her bachelor’s degree in biblical studies after she and Stewart moved to the Oakland area when he was 12. “That was very impactful for me because she sacrificed a lot to pull that off,” he adds.

“So, I am the mix between the two,” Stewart says. From his father he gained an appreciation for entrepreneurship and electrical engineering. “And I like to believe that I am at least partly the same kind of scholar that my mother is when it comes to researching and understanding materials,” he adds.

Stewart attended Morehouse College, the historically Black men’s college, where he completed a BS in computer science in 2003. Because of the small percentage of PhDs being awarded to African Americans, John Foster, the department chair, pulled Stewart aside, telling him “Chris, we need people like you to go into academia.”

“And so, I was very inspired,” Stewart says. “He challenged me to pursue a PhD, not for self-glorification, but to help others through research, teaching, and mentorship.”

Walter Massey, the president of Morehouse, recommended the University of Rochester, along with a couple of other colleges. As Stewart learned more about the University—it’s size and the collegiality of its computer science faculty—it became his top choice.

“I still remember my giddiness, driving home to tell my fiancé that I had been accepted,” Stewart says.

The experience turned out to be all he could have hoped for—and then some.

From the very start, his PhD advisor Kai Shen and the other faculty members in the Department of Computer Science’s Computer Systems Group – Sandhya Dwarkadas, Chen Ding, and Michael Scott—made him feel welcome. In fact, they insisted he call them by their first names. “It took forever for that change to click in my mind,” Stewart recalls, laughing. “At first it was hard to  imagine that I would be treated like this.

“They made it clear they considered me and all their PhD students to be colleagues and co-equals, training to become professors like them. And they encouraged us to engage and interact with them as intellectuals in the same professional space,” Stewart says.

“That was really important, because it permeated across the group. The culture among the graduate students, at least in my cohort, was really one of equality.”

“So, at Rochester I gained skills in applying formal, rigorous mathematical models to understand the behavior of those systems, especially how fast they would react and respond to user requests,” Stewart says. “That helps you determine how big your data center should be, including how many servers do you need? Today that question is answered routinely by large corporations and my early research contributes to how people come up with the answer.”

Internships at Sun Microsystems and Hewlett Packard during the summers engaged in him in helping create models that were adopted by those companies, and validated on datasets used by Walmart.com and other large companies, he says.

His PhD dissertation was entitled: Performance Modeling and System Management for Internet Services.

Stewart took a bold risk when he then applied for a faculty position at Ohio State – “a big leap,” he says. He proposed doing research in sustainable computing—at that time an entirely new field. In fact, some of his colleagues laughed out loud when told them.

“The motivation was relatively straightforward,” Stewart explains. At that time most data centers—warehouse like structures containing servers to do the large amount of computing needed by large tech companies—were built near corporate headquarters, often in large cities. As a result, the “carbon footprint” associated with data centers was “growing tremendously,” Stewart says.

So, Stewart began working with other researchers doing pioneering work in modeling computer operating systems and algorithms that could automatically address these problems. They started a special technical committee in the IEEE on sustainable computing, with Stewart serving as the founding chief editor of the Sustainable Computing Register, the committee’s regular publication.

“We started looking at what it means to power data centers with renewable power,” Stewart says. “What kinds of models and algorithms would be required to have two data centers, and to shift workload between them so that wherever the sun is shining, the workload follows?”

Stewart’s bold risk has been vindicated. Sustainable computing is no longer a laughing matter; the tech industry now takes the issue seriously.

As a result, “the efficiency of data centers has improved dramatically,” Stewart says. “They are nowhere near as wasteful as they were in the 2007-2008 time frame.”

Stewart’s interest in sustainability applications for computing has continued to evolve. To address the looming crisis of global food shortages, for example, his ReROUT Lab is looking at ways to automate the monitoring of agriculture practices for maximum productivity and minimum environmental impact.

Specifically, Stewart says, his group is looking at “fully autonomous aerial systems that can fly over a field daily to collect data on how much leaf damage has occurred to your soybean crop, for example, so that you know exactly when and where to spray, minimizing both your costs and your environmental footprint from contaminated runoff.”

His research has been funded, in part, with more than $3.14 million in National Science Foundation grants for which he is the Principal Investigator or co-PI. They include a prestigious NSF CAREER award. Stewart also was co-PI on another $1.2 million NSF grant for a STEM outreach program to integrate computing approaches in K-12 classrooms, engaging students from a range of backgrounds.

Stewart has authored or co-authored more than 60 journal and symposium papers and was named a Tau Beta Pi Eminent Engineer in 2019, signifying that he had achieved senior level distinction in advance of his or her peers for distinguished scholarship and exemplary character.

“What we’re starting to see is that the principles of computer science are more like the principles of calculus, or probability and statistics,” Stewart says. “They are very broad and applicable in a really wide range of domains.”

His advice for underrepresented minority students interested in computer science?

“If you feel you would like to do this, but you don’t know much about it, or it is outside of anything you would typically interact with, use that to motivate you, to reach out, and look for opportunities to combat the way things are, and the conditions that are facing you,” Stewart says.

‘It’s not right that conditions are that way, but that doesn’t mean computer science is not for you. It’s just being blocked.”

There are no guarantees, Stewart says, but hopefully as the anti-racism and anti-sexist movement gains traction, students will be able to find the mentorship and interactions that will “give you the spark to go down this path and explore it to the extent that its relevant for you.” 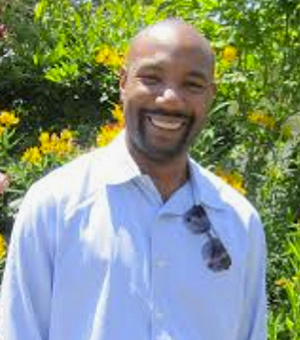