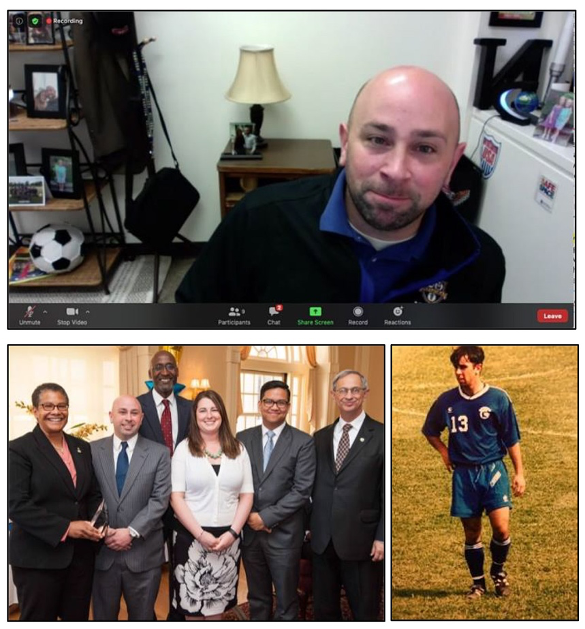 Nick Valentino vividly remembers what went through his mind as he counted the students waiting in line with him to declare their majors at SUNY-Geneseo.

Ten students ahead of him. “Okay, I’m going with secondary education so I can be an English teacher.”

Eight students ahead of him. “I don’t think I really want to do this!”

Two students. “I should have thought more about what I want to major in.”

Valentino ended up getting a degree in English—without ever talking to an academic counselor or faculty advisor about his options.

As a result, Valentino says, it took him eight jobs to “get to the position I have now, the job I love. I could have gotten here a lot faster if I’d just asked somebody for help.”

This is why Valentino relates so well with the first generation, low-income, and underrepresented minority students he works with as an academic counselor for the Hajim School. He knows—from the mistakes he made as an undergraduate—why it is so important for students to take full advantage of all the resources available to help them make the most of their college experience.

Valentino grew up in Rochester. His father, Joseph, was a prominent judge, eventually serving in State Supreme Court and then on the appellate division. Two of his three older brothers became lawyers. Early on, Valentino says, the concept of “fairness” became an important part of his moral compass.

Valentino graduated from Aquinas Institute, a Catholic high school where he excelled at soccer—so much so he was offered an athletic scholarship by Niagara University. Unfortunately, the soccer team there had the worst record in the lowest rated Division 1 soccer conference in the nation.

Instead, Valentino opted to play soccer at SUNY-Geneseo. And even after graduating in 1999, he was still no closer to resolving what he really wanted to do with his life.

Valentino next completed his coursework for a master’s degree in English at SUNY Brockport, but left school to save money, intending to finish his thesis while working. He then spent three “very interesting” years with Pretrial Services in Rochester, interviewing people who had been arrested to help determine who could be released rather than jailed while awaiting trial.

He never finished that thesis. But in the meantime, good things began to fall into place for Valentino.

He met Jill, his future wife, who was living in Boston. As their relationship blossomed, he moved to Boston to avoid the long commutes from Rochester, taking a job with Paychex to help make ends meet.

One morning he awoke to find that his car had been smashed beyond repair overnight by another driver. Valentino couldn’t afford to buy a car, so he eventually stopped working for two months.

Even this setback was a blessing in disguise.

His search for a new job landed him in the financial aid office at Gibbs College, a for-profit institution specializing in design, business administration and computer technology. “I liked working with college students,” Valentino says.  “It finally felt like this was something I would want to do as a career.”

Valentino spent two years as a tuition planner at Gibbs before moving back to Rochester with his wife. He worked briefly at Frontier while searching for jobs in higher education here.

Eight months later he was hired by the University of Rochester’s Financial Aid Office, working as a liaison officer with the Simon School. Two years later, he received offers on the same day from the University and Monroe Community College for positions that would involve him even more closely in advising students. “It was a no brainer for me,” Valentino says. “I didn't even ask about salary. I was really excited to be able to stay with one of the best schools in the country.”

Valentino subsequently worked six years with the University of Rochester’s David T. Kearns Center for Leadership and Diversity, as a senior academic advisor, and then as interim associate director and assistant director of College programs. The center strives to expand the educational pipeline for low-income, first-generation college, and underrepresented minority students so they will not only enter college but go on to graduate school.

Valentino received the 2012 Fannie Lou Hamer Motivational Award from the Black Student Union for his work with underrepresented minority students at the Kearns Center. One of them was Sharese King ‘12, a Rochester City School District student and linguistics major at Rochester, now an assistant professor of linguistics at the University of Chicago.

Another student, Sean Rodrigues ’12, later described how Valentino “was always behind me, even when I didn’t think I had the confidence, saying, ‘Give it a shot, Just try.’ He kept me accountable.” Rodrigues became a Kearns Scholar as a freshman, a McNair Scholar as a sophomore, and a Xerox Engineering Research Fellow as a junior. After graduating with a degree in chemical engineering, Rodrigues went on to earn a PhD in electrical and computer engineering at Georgia Institute of Technology. He is now a senior scientist at Toyota North America.

Valentino’s work with the Xerox Engineering Research Fellows brought him into close contact with the Hajim School. “I liked the engineering faculty a lot,” he says. “Their projects were so interesting, so process oriented. I don’t have a strong science background, but I appreciated what they are trying to do.”

When Lisa Norwood, the Hajim School assistant dean of undergraduate studies, told him about an opening on her staff in 2015, Valentino didn’t hesitate to apply.

‘I love the people I am working with’

Valentino helped Norwood and her team revamp the school’s STEM-Gems program, aimed at retaining low-income, first generation, and minority students through their first year and beyond. The new model adapted the program to the school’s more than doubling of undergraduate enrollments.

In 2016, the program received a University Meliora Award in recognition of its dramatic success in retaining “at risk” students.

“I absolutely love the people I am working with now,” Valentino says. “Lisa is great. She and (Dean) Wendi (Heinzelman) have given me a lot of leeway. It’s really nice to have that kind of support.”

His greatest satisfaction is working across departments, even outside the Hajim School, to create opportunities for students in need. “We have all these departments that really want to help,” Valentino says, “and all these students who really want help. So being able to find ways to connect students to departments, and connect departments with each other, is really rewarding. Everybody wants the same thing.”

A big part of his job is still working directly with low income, first generation and minority students. Many of them arrive on campus from under resourced high schools, never having had access to labs or advanced courses in science and math. They are already a step behind. Valentino, raised as he was to value “fairness,” is acutely aware of this “fundamental unfairness.”

However, “you need to be able to take on enough of student’s problems to have empathy, but not to the point you completely internalize those problems,” Valentino says. “That’s not your job. Instead, you have to be able to say ‘I really understand you’re struggling right now, but we need to figure out how you’re going to turn this around.’ Even if means students taking a leave of absence just so they can continue going to school in the future.”

Valentino doesn’t hesitate to tell students about that line he stood in at SUNY Geneseo, about the mistakes he made as an undergraduate. “I can’t truly understand what it’s like to be underrepresented, for example to be an African American, especially now. But I can share the common experience of having been an undergraduate. It’s something we’ve done together. And I’ve always felt that was a way for me to connect with students.

“And I’ve discovered I don't want to do anything else.” 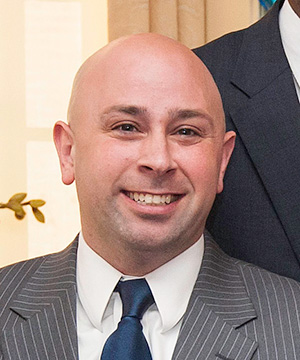