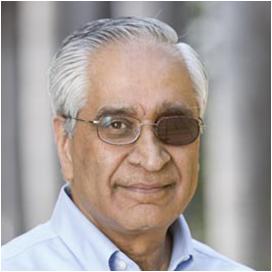 What would The Return of Jedi and the Indiana Jones movies be without their special effects?

Bala Manian, a master's graduate of the Institute of Optics, developed the technology that allowed filmmakers to insert special effects into these and other movies using computerized digital imaging. For this work, Manian received an Academy Certificate -- the equivalent of an Oscar -- from the Academy of Motion Picture Arts and Sciences in 1999.

But that's only one entry in an impressive list of achievements by this self-styled "serial entrepreneur" who has been involved with starting a string of successful start-ups in Silicon Valley since 1978. "All six companies that I started use optical technology to address unmet needs in the life sciences area," Manian explained in an interview. "I call my start-up experiences 'technology translations' involving the adaptation of proven and mature technologies from one area to address unmet problems in another. We developed the first laser film image recorder for medical imaging, inexpensive protein and DNA analysis instrumentation, and the first whole-blood, homogeneous cell assays for management of AIDS and cancer patients."

Manian originally envisioned an academic career. A native of India, he earned a BSc in physics from Loyola College in Madras (now Chennai), India, and a postgraduate-level diploma in instrumentation from the Madras Institute of Technology. He then came to the United States to earn a master's degree at the Institute of Optics in 1968, followed by a PhD in mechanical engineering from Purdue University in 1971.

He returned to the Institute of Optics as a senior research associate and assistant professor until 1974.

"I thought my career would turn out completely different," Manian said. "I was sure it was going to be academically oriented. I love teaching and research and never saw myself as being outside of a university environment."

More recently he has focused on ReaMetrix, which he founded in 2003. The next-generation biotechnology company has its primary operations in India and is focused on creating affordable diagnostics to help meet emerging needs of developing countries.

Manian is a life trustee of the University of Rochester. At his suggestion, the Center for Institute Ventures was established by the Institute of Optics and the College of Arts, Sciences and Engineering in 2001 to provide new entrepreneurial opportunities to students, staff and faculty, to assist in the efficient transfer of technology and to mitigate the risk of technology business formation.