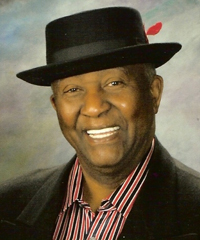 Francis Price credits his education at the University of Rochester for helping him land his first job --  at Xerox Corp. -- which, in turn, put him on the road to impressive successes in the business world.

Now he’s working hard as a University of Rochester trustee (since 1995) and generous donor to ensure that deserving African-American students and others from African cultures have the same educational opportunities, in spite of the rising cost of higher education.

Price says that the entrepreneurial spirit of his widowed mother (now deceased), who was the sole source of income when he was growing up, influenced him immensely as she progressed from door-to-door sales to owning two restaurants.

After graduating from UR with a BA in economics (1974) and an MBA from the Simon School (1975), Price worked for Xerox Corp. as a finance department manager in Santa Ana, Calif., for six years. He then founded two computer retail stores in Dallas, Tex.

In 1983, he became CEO of Interact Performance Systems, Inc., a producer of video-based employee training programs and a management consulting firm specializing in employee relations. He turned the troubled company around in two years, bought a portion of the original firm and relocated it to Orange County, Calif.

In 1992, he formed Q3 Industries and remains  it’s CEO. The company is a portfolio of complementary companies that provide components and subassemblies to industrial markets, including automotive air distribution systems, truck air brake reservoirs, and molded automotive parts. As the auto supplier industry contracted in 2010, Price closed operations in the Midwest and explored opportunities in Central Mexico in support of then clients, General Motors and Ford Motors.

He is also CEO of Hybrid Manufacturing and Engineering Technologies Inc. and Hybrid de Mexico, both founded in 2011, and of Weimar Medical Holdings, LLC, an operator of rural hospitals in Texas, and PFCP, LLC, a developer of commercial real estate in Indiana, both founded in 2013.

Price received the University’s James S. Armstrong Alumni Service Award (2004), which is presented to an alumnus in recognition of outstanding and extraordinary service, leadership, loyalty, commitment, and significant contribution to the University in broad and varied roles. He also received the David T. Kearns Medal of Distinction (2007), which recognizes “significant achievement in business, public service and education.”

Price has served the University in many volunteer roles. Currently, he is a member of the University’s Diversity Initiative Campaign Committee and the Los Angeles Regional Cabinet. Price and his wife Nita are Charter Members of the George Eastman Circle, the University’s leadership annual giving society.