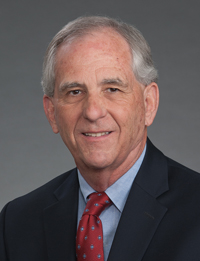 James Johnson, director of the Center for Applied Learning at Wake Forest School of Medicine, recently described Frederick Kremkau as a “rock star” in the world of ultrasound education.

It is not surprising that Kremkau would achieve such prominence. After all, ultrasound combines three fields that Kremkau loved as far back as high school – electrical engineering, acoustics and medicine.

“The irony is that the field of diagnostic medical ultrasound didn’t exist then, but ultrasound and Kremkau grew together,” a Wake Forest profile notes.

At the University of Rochester (1967-72), Kremkau, a graduate student working under Professors Edwin Carstensen and Raymond Gramiak, demonstrated that the bright echoes that appeared in the heart with the injection of radio-opaque dyes were from bubbles. This together with independent discoveries elsewhere, foretold the routine use of microbubble contrast agents in many aspects of ultrasound diagnosis.

Kremkau received both his master’s and doctorate degrees in Electrical Engineering at Rochester.

He then began an academic career spanning more than 40 years at Yale University and Wake Forest University’s School of Medicine.

He arrived at Wake Forest doing research into the use of ultrasound in cancer treatment. He quickly recognized the need for an ultrasound textbook, and produced the profession’s seminal textbook, Sonography Principles and Instruments, soon to be in its 9th edition.

He became an “in-demand icon” of ultrasound, someone who could lecture anywhere to help educate doctors, nurses and clinicians.

His research has included studies of safety and risk in using ultrasound and the way using it interacts with tissue. In 1985, he was appointed director of Wake Forest’s Program in Medical Ultrasound.