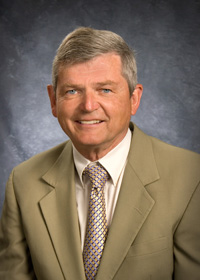 Bob Smith’s academic education ended, for the most part, with his bachelor’s in mechanical engineering from the University of Rochester in 1959. But he never stopped learning.

His “graduate” degree came “on the job” -- during a 39-year career with Rochester Gas and Electric. He started just in time to get in on the ground floor of commercial nuclear power. He helped design RG&E’s Ginna Nuclear Power Plant, played a key role in helping the plant recover from its worst mishap and became the company’s chief engineer and head of nuclear plant safety. Along the way he learned all he needed to know about civil, electrical and nuclear engineering.

His “doctorate” – again on the job – was earned as part of a team of western nuclear safety experts who visited Russia three years after the Chernobyl disaster. They succeeded in convincing the Soviets of the need for greater safeguards—despite KGB agents hovering everyplace they went.

“That was probably the highlight of my career, being able to adapt what I had learned to help improve the safety of nuclear power worldwide,” Smith said. “You have to realize, they had 125 other RBMK nuclear plants of the same design as Chernobyl still operating in USSR at the time.”

Following this assignment Smith spent two terms as a member of the National Nuclear Training Accreditation Board of the U.S. Institute of Nuclear Power Operations (INPO).

After graduating from the University, Smith spent six months as a “cadet engineer” with Rochester Gas and Electric, where he had worked during the summer in college as a meter reader. He then spent three years in the Air Force as a base engineer, helping construct a missile early warning system facility in the forests near Brunswick, Maine.

He rejoined RG&E as a “cadet engineer.” During a six-month probationary period, he learned every job in the company, even digging trenches and wiring transformers for three to four weeks at a time. When he retired in 1999 he was senior vice president of Energy Operations and chief executive officer of the New York Nuclear Operating Company.

Smith did not choose the same career trajectory as some of his University classmates, who moved quickly out of engineering  into management roles. But he has no regrets. “I love being an engineer,” he said. “I look at my career and I had more exciting times than I could have possibly expected.”

And he has not forgotten the importance of his University of Rochester education in contributing to that. “My undergraduate work at the University prepared me for everything I did for the rest of my career. It gave me the basic skills, the inquisitiveness, the ability to solve problems. And believe me, there were a lot of problems I had to solve at that stage in the nuclear field.”

Immersed as he was in nuclear power design and operation, he realized early on he “needed to do something totally outside of that, at least once a week, to bring me back to reality.” He began working with homeless men through the Open Door Mission in Rochester. “This experience taught me that Life is a gift. Our faith allows us to make the most of what we have been given,” Smith said.

Even in retirement, he has continued to apply his engineering skills. Until recently he was a member of the Board of Trustees of Roberts Wesleyan College, helping advise that school when it undertook major construction projects.

He also has maintained close ties with the University of Rochester. He was a member of the engineering Visiting Committee for about 20 years, starting when the fortunes of the engineering program were in transition and continuing into Dean Robert Clark’s first term. He helped the engineering school implement strategic planning and advocated that it should have its own fundraising.

“I’d like to think I had some part in getting the University to think of their engineering school as a significant contributor to their future success,” he said.