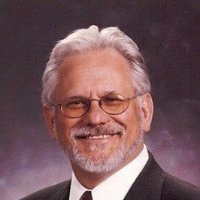 “Shift work is an employment practice that makes use of each hour of the clock. Every minute of every day. Therefore it is an appropriate term to encapsulate our immediate need to redefine, to shift the way we think about our planet and the way we use our resources. This thought shift is a cognitive and behavioral revolution that we need to wage every minute of every day until we collectively stop making unsustainable choices.”
--John Elter, Nanotechnology Now, March 2009

John Elter has helped pioneer innovative nanotechnology, efficient energy, and environmentally conscious manufacturing, both as a corporate and an academic leader.

After graduating with a PhD in mechanical and aerospace sciences from the University of Rochester in 1969, Elter began a career of more than 31 years with Xerox Corp., where he held a variety of executive positions, including vice president and chief engineer of Strategic Programs. As head of the "Lakes" program at Xerox, he led the "Zero to Landfill" effort to deliver Xerox's first fully recyclable, remanufacturable and reusable digital networked product.

He joined Plug Power Inc. in March 2001 as vice president of research and system architecture and was appointed chief technology officer in May 2004. He directed the development of advanced fuel cell systems as well as fuel cell technologies that drive overall product development. He also managed the company's Centers of Excellence and chaired its Scientific Advisory Board. He was also responsible for the identification of emerging transformational technologies, which supported the company's multi-generational product strategy.

From  2008 to 2011, Elter was empire innovation professor of nanoengineering at the College of Nanoscale Science and Engineering, and executive director of the Center for Sustainable Ecosystem Nanotechnologies at SUNY Albany. Elter’s research interests focused on the development of nanomaterials, structures and devices for clean water and efficient energy generation, conversion and storage.

He is currently president of Sustainable Systems, LLC, a management consulting firm specializing in strategy, technology, and product development for sustainable systems.

He was recipient of the Dixie Lee Ray Award from the American Society of Mechanical Engineers in 2001 for "leadership in environmentally conscious manufacturing and contributing to the design and manufacture of a product that is excellent in performance and economical."

He is is also a Fellow of the American Society of Mechanical Engineers (ASME) and a member of its Board of Governors, as well as a member of the Electrochemical, Industrial Ecology and Systems Dynamics Societies.