Boubacar Diallo in Madrid: "I came back feeling like I can live anywhere in the world" 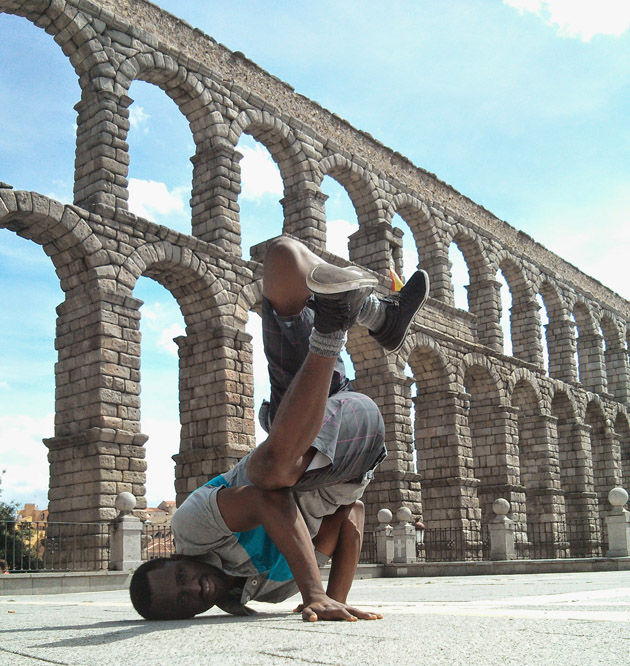 (Boubacar Diallo of MechE visited the famous Roman aqueduct at Segovia, Spain, when he studied abroad in Madrid during the Fall 2014 semester.)

Boubacar Diallo ‘16 grew up in Senegal, then lived in South Africa for two years before coming to the University of Rochester to pursue a degree in Mechanical Engineering.

So he’s already seen a lot of the world. But he wanted to see more.

A study abroad semester at the Universidad Carlos III de Madrid during Fall 2014 was just ticket. “I wanted to experience the lifestyle in Europe as well as learn about the European Culture,” said Diallo. “I met wonderful people, made some good friends, and mostly I came back feeling like I can live anywhere in the world.

Diallo, who attended the African Leadership Academy before coming to the University of Rochester, says his interest in science in general and engineering specifically “comes from my quest for understanding the physical laws that govern the world, and also my eagerness to learn about how I can use scientific knowledge through its applications to make life better.”

So it was important for him to be able to keep up with his engineering studies while in Madrid. “I was able to take all my required classes for the semester,” Diallo said.

He’s a triple and long jump star for the UR Men’s Track and Field team. His favorite experience in Madrid?

“I was at a Barcelona vs. Rayo Vallecano game,” Diallo recalled. “It was the best live soccer game I have ever been to. I was stunned by how much people loved the game. People stood up and sang for the entire game.  The stadium was noisy for the whole time. Even though the hosting team (Rayo) was down by two goals to nothing, the fans cheered for their team until the end. I was amazed by their dedication.”

“There is no better learner than a traveler. When you travel, you are forced to learn, adapt, tolerate, and step out of your comfort zone. In Madrid I learned about a whole different culture than mine, met wonderful people, and most importantly I came out as better citizen of the world.”

(Below, Diallo in Madrid, with the gleaming white city hall behind him.) 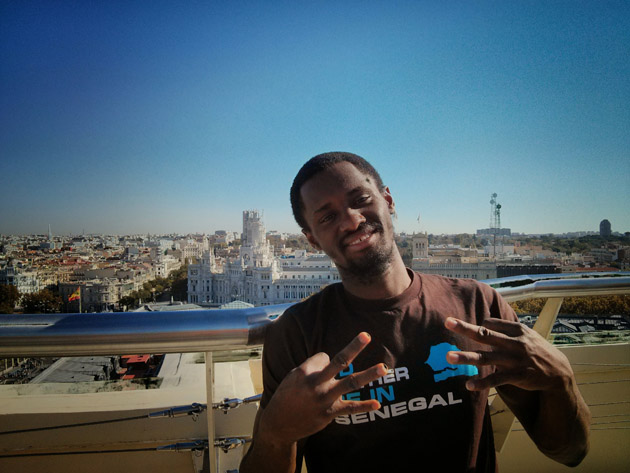